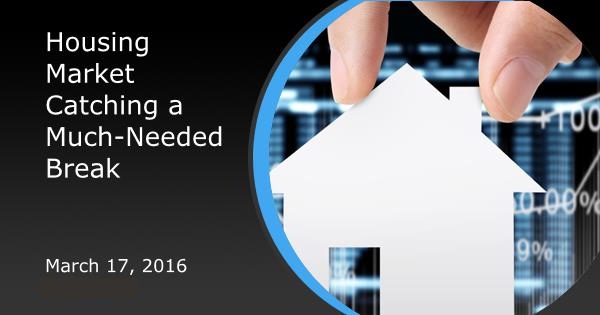 Whether or not the housing market actually needed to catch a break is definitely a matter of perspective. After all, we can’t be too upset about persistently decent housing data and mortgage rates in the high 3’s.

Still, the past few weeks have been disconcerting relative to first 2 months of the year. In addition to the sharp increase in mortgage rates, some of the housing data had been less than stellar. Most notably, New Home Sales slipped into negative territory and Pending Home Sales fell to 17-month lows, both in terms of year-over-year change.

This week, then, offered a counterpoint in terms of both data and rates. The highlight was Wednesday’s Fed Announcement, which showed that the Fed members were cognizant of market developments in the 1st quarter and had adjusted their rate hike outlook accordingly.

Whereas the Fed was expected to hike rates roughly 4 times in 2016 based on the last set of economic projections (also referred to as “the dots,” due to the dot chart included in the press release), this time around, the consensus was for only 2 hikes. The expected Fed Funds rate fell by 0.5 percent for the end of both 2016 and 2017.

(Read More: The difference between the past 2 Fed Announcements)

Financial markets love easier monetary policy from major central banks. Stocks and bonds both improved following the announcement. There’s still some risk that longer-term rates like mortgages and the highly-correlated 10yr Treasury yield won’t be able to maintain this week’s recovery, but at least they now have a fighting chance. In considering that fight, we can keep an eye on the inflection points outlined in the chart below. 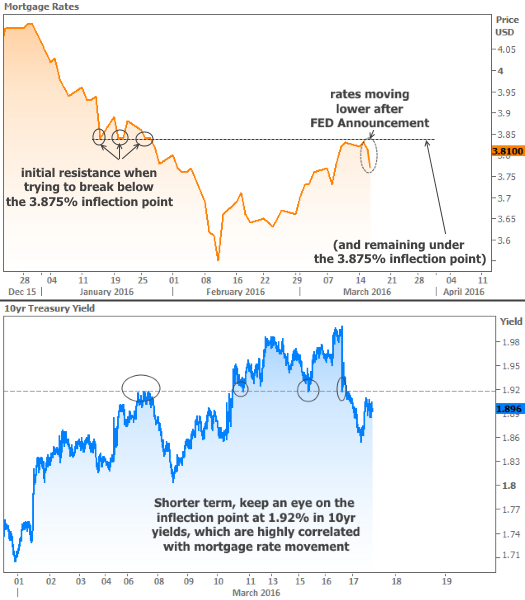 Depending on your level of familiarity with financial jargon, an “inflection point” may or may not be confusing. If it helps, I like to think of them as ‘lines in the sand’ that interest rates typically shy away from breaking, whether they are approaching those lines from above or below. For instance, notice how rates have been more likely to bounce on the inflection points in the chart, despite the occasional break.

Adding to the downbeat news, the MBA notes that mortgage production profits have fallen by roughly 60 percent thanks to TRID (the big disclosure changes that took effect last October), but the news isn't all bad.

In terms of TRID's notable impact on turn-times, lenders may finally be working through the bottleneck created when the rules went live in October. Ellie Mae's Origination Insight Report showed a sharp decline in the time it took to close a loan in February, bringing the average back to pre-TRID levels.

Continuing with the theme of "not bad," builder confidence in the single-family home market remained unchanged in March. Builders were upbeat on current buyer traffic, but more pessimistic about the 6-month outlook.

February Housing Starts confirmed the steady single-family performance. At first glance, the third consecutive month of declines in Building Permits is a bit disheartening, but all of the weakness is attributable to multi-family. In fact, single-family permits scratched out a 0.4 percent increase, making the report broadly positive for the single-family sector. 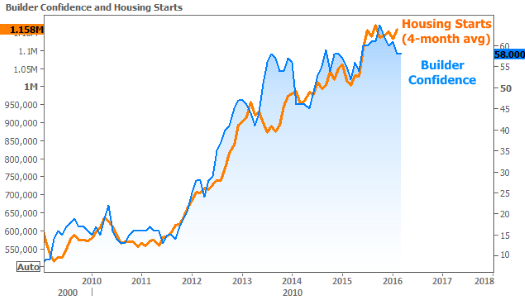 It may become that much easier for millennials to obtain financing thanks to an announcement from FHA about the way it certifies loans and proposed changes in the way it certifies lenders. The intent was to allay lenders’ concerns about minor mistakes causing forced buybacks. The author of the announcement said "we anticipate lenders will be able to more confidently participate in our program and offer access to a wider number of FHA-eligible borrowers." It has been met with a warm response from trade groups so far.