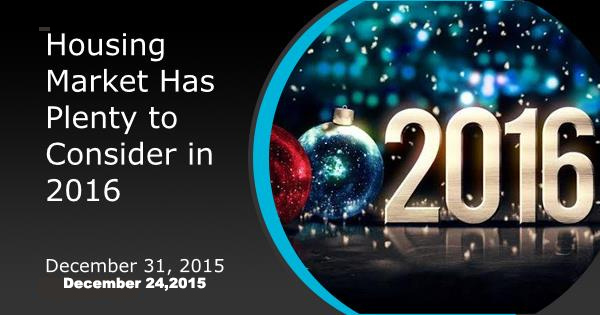 Housing Market Has Plenty to Consider in 2016

Although mortgage rates managed to move lower in the immediate wake of the Fed rate hike, they’ve since moved back up to the highest levels since July.  This casts doubt as to the direction of the first dose of mortgage rate momentum in 2016.  Or worse yet, it removes some of the doubt that currently exists about rates calmly following the Fed Funds Rate higher.

Simply put, mortgage rates had been winning an ideological battle by holding steady to lower even though the Fed Funds Rate moved higher.  Now we might wonder if they’ll fall back in line with the long term trend that sees a loose but consistent connection between the two. 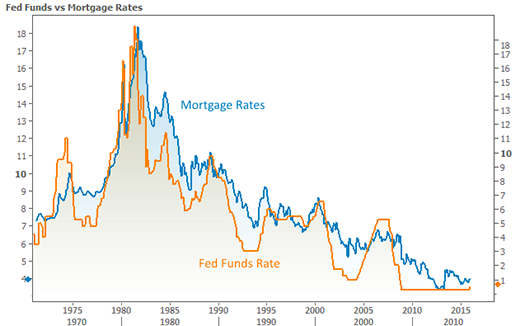 Away from the minutia of day-to-day rate movements, the mortgage market has bigger fish to fry.  Last week we discussed the precipitous impact from the not-so-precipitous TRID (TILA-RESPA Integrated Disclosures) implementation in October.

Naturally, October, itself, wasn’t noticeably affected by TRID because most of the loans closing in October were originated before the rules went into effect.  As I pointed out last week, November was a different story.  Most notably, Existing Home Sales experienced their sharpest decline since the expiration of the homebuyer tax credit. 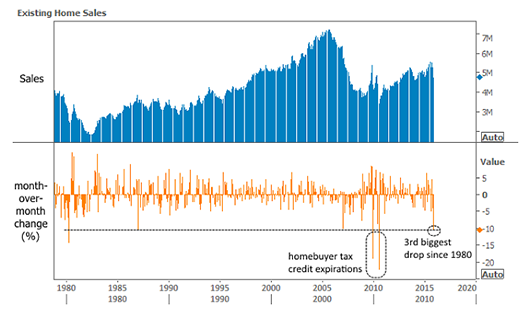 There are more than a few lenders out there who are scratching their heads over the drop in Existing Home Sales.  Either due to preparedness or luck, they haven’t seen the sorts of delays that would justify that big of a change, and they may well wonder if there isn’t something else behind it.  So is there?

The short answer is a fairly conclusive “no.”  While we did see another downtick in Pending Home Sales this week, it wasn’t the least bit alarming, and nothing nearly dramatic enough to suggest the Existing Home Sales drop was indicative of some major shift in the housing market. 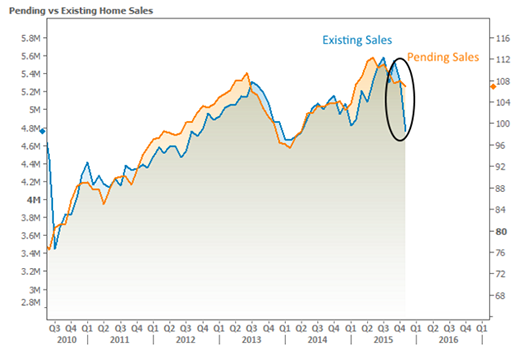 It’s not just home sales data telling this story.  Ellie Mae’s origination insight report showed application-to-closing time frames moved up to 49 days, the longest since February 2013.  The jump from October to November was an isolated event and the biggest month-over-month change in more than 2 years.

In other housing news, prices continue running at or above expectations, with the latest Case Shiller numbers coming in at a monthly gain of 0.8 percent vs a median forecast of 0.5 percent.  The annual rate of appreciation was 5.5 vs 5.4 percent forecast.