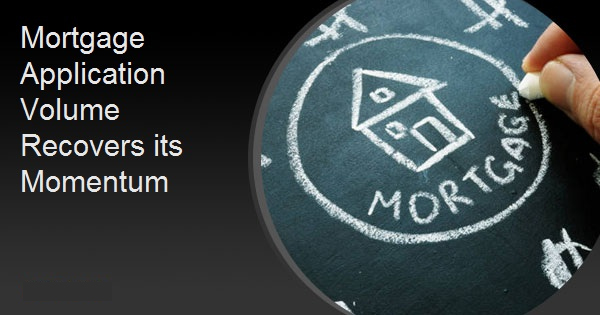 Mortgage application volume bounced back into positive territory last week, even though banks and many businesses were closed on Friday for the Independence Day Holiday. The Mortgage Bankers Association (MBA) said its Market Composite Index, a measure of that volume, was 2.2 percent higher on a seasonally adjusted basis, which included an adjustment for the holiday, from the previous week, although volume was down 8 percent before adjustment.

The Refinance Index rose 0.4 percent week-over-week and was 111 percent higher than the same week one year ago. The refinance share of mortgage activity decreased to 60.1 percent of total applications from 61.2 percent the previous week.

The seasonally adjusted Purchase Index gained 5 percent week-over-week while declining by the same amount before adjustment. It was up 33 percent compared to the same week in 2019.

"Mortgage rates declined to another record low as renewed fears of a coronavirus resurgence offset the impacts from a week of mostly positive economic data, such as June factory orders and payroll employment. The 30-year fixed rate slipped to 3.26 percent - down 53 basis points since late March. Borrowers acted in response to these lower rates, after accounting for the July 4th holiday," said Joel Kan, MBA's Associate Vice President of Economic and Industry Forecasting.

"Purchase applications continued their recovery, increasing 5 percent to the highest level in almost a month and 33 percent from a year ago. The average purchase loan size increased to $365,700 - also another high - as borrowers contend with limited supply and higher home prices."

The FHA share of total applications decreased to 10.9 percent from 11.7 percent and  the VA share dipped to 10.4 percent from 10.8 percent compared to the prior week. USDA loans accounted for 0.7 percent of applications, up from 0.6 percent the week prior.

Interest rates declined for all loans types on both a contract and an effective basis. The average contract interest rate for 30-year fixed-rate mortgages (FRM) with balances at or below the conforming limit of $510,400 decreased to 3.26 percent from 3.29 percent. Points moved from 0.36 to 0.35.

The rate for jumbo 30-year FRM, loans with balances greater than the conforming limit, decreased to 3.52 percent with 0.36 point from 3.59 percent with from 0.31 point.

The average contract interest rate for 5/1 adjustable rate mortgages (ARMs) dropped 6 basis points to 2.98 percent with points increasing to 0.10 from -0.03. The adjustable-rate mortgage (ARM) share of activity increased from 3.2 percent to 3.4 percent of total applications.

MBA also reported the third straight weekly drop in the number and percentage of all loans in COVID-19 related forbearance. As of June 28, there were about 4.2 million homeowners in forbearance plans, or 8.39 percent of servicer portfolios, down 8 basis points from the previous one-week period.

The share of Fannie Mae and Freddie Mac loans in forbearance dropped for the fourth week to 6.17 percent, a 9-basis-point improvement. Forborne loans in portfolios serviced for Ginnie Mae (FHA and VA loans) decreased 11 basis points to 11.72 percent. The forbearance share for portfolio loans and private-label securities (PLS) increased by 1 basis point to 10.08 percent.

"We learned last week that the job market improved more than expected in June. With that as background, it is not surprising that the forbearance numbers continue to improve as more people go back to their jobs," said Mike Fratantoni, MBA's Senior Vice President and Chief Economist. "The improvement in the forbearance data was broad-based, with declines for both GSE and Ginnie Mae loans. The decrease in new forbearance requests indicates that further declines are likely in the weeks ahead."

Added Fratantoni, "Looking at the mix of loans that are exiting forbearance, we are seeing a higher share exiting into deferral options and modifications, and somewhat fewer simply opting out of a forbearance plan."

MBA's latest Forbearance and Call Volume Survey covers the period from June 22 through June 28, 2020 and represents 76% of the first-mortgage servicing market (38.2 million loans).