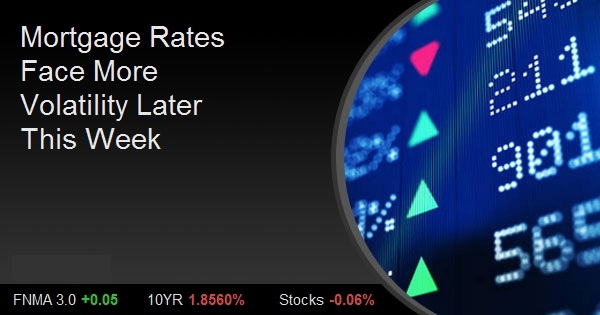 Mortgage rates didn't do much today, and that's good enough news considering the average lender is closer to the lower end of the rate range since early October.  The only counterpoint would be that there isn't much distance between the highs and the lows during that time (not a bad thing, just a bit of context).   In other words, rates are "pretty close" to the lowest levels of the past several months, but they're also not too far from the highest levels.

Rates move when the underlying bond market moves, and it's not uncommon to see a slow start on Monday's that lack meaningful data or headline developments (like today).  Potential volatility will be increasing from here, however, with several important economic reports by Thursday morning along with the signing of the US/China phase 1 trade deal on Wednesday.  There's a chance we'll see some upward pressure on rates if the trade deal signing goes off without a hitch, but rates would benefit if it's delayed.