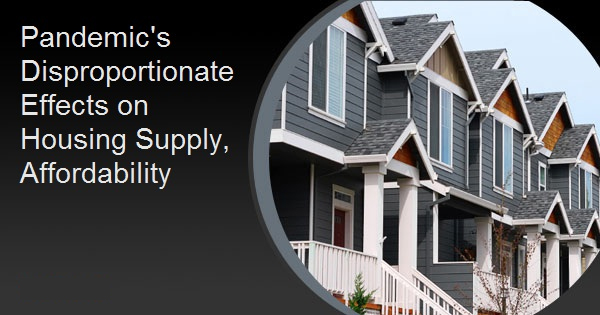 An analysis of 285 metropolitan statistical areas (MSAs) by Jung Hyun Choi, John Walsh, and Laurie Goodman found that rapid employment growth combined with supply constraints from zoning and other regulations was one driver of this disproportionate price growth on the low end.

Those MSAs with the greatest constraints on housing inventory experienced the greater price growth on the low end relative to the high. They measured this using two indices, Wharton Residential Land Use Regulatory Index and the Saiz Land Unavailable index. They also found that MSAs with a larger number of employed people in 2000 and higher employment growth experienced larger low tier price increases.

For example, low priced homes in Los Angeles saw a 313 percent increase over the 20-year period while prices declined 5 percent in Detroit. High priced homes increased to the greatest degree, 190 percent, in San Francisco but saw only 42 percent growth in Saginaw, Michigan.

The increase of housing prices is one reason UI says that, before the COVID-19 outbreak, affordability was one of the biggest problems facing the housing market. But it wasn't the only reason.

The faster appreciation of low-priced homes is naturally felt the hardest by low income earners, both homeowners and renters, especially those in the bottom 25 percent of the income distribution. As home prices rise, potential homeowners with low incomes have trouble finding affordable homes so they remain renters, driving up demand for rentals and rent prices.

And, while the cost of both owning and renting has risen substantially for low-income households (an increase of 5.4 percent for homeowners and 10.9 percent for renters), those in the top quartile of income distribution saw their housing costs drop by 5.7 percent between 2000 and 2018.

These high-income homeowners also experienced the greatest increase in income, which led to a 10 percent increase in their residual income (household income minus housing costs) and a 1.2 percent drop in their housing cost burden (the ratio of housing costs to income).

Meanwhile, the residual income of low-income homeowners and renters dropped 14.5 percent and 24.3 percent. Although housing cost growth was highest for high-income renters, their growth in household income largely compensated for the increase in cost. Despite the massive unemployment triggered by the pandemic, there has not yet been much impact on home prices as both supply and demand shrank simultaneously. But UI points out that lenders have been further closing down already tight credit. This will hit low income households the hardest and they will likely face greater difficulty accessing homeownership, even for homes within their financial reach. However, those with high incomes and credit scores will probably have more opportunities to buy homes and build housing wealth as the economy recovers from the coronavirus shock.

The home price trajectory is unlikely to change as demand from both owners and renters continue, but it is also the low-income homeowners and renters who tend to be working in industries more vulnerable to the pandemic shock. Owners may struggle more to sustain that status once the forbearance period is over while renters are less likely to be able to achieve homeownership. The homeownership rate is expected to decrease, making it harder for many families to build wealth.

The authors conclude that, if the pre-pandemic supply constraints remain unaddressed, "both low-price home and rental prices will continue to increase faster than prices for high-price homes, widening residual income inequality between low- and high-income homeowner and renter households. This could also hurt the ability of low-income households to build financial strength and could make them more vulnerable to future economic shocks."