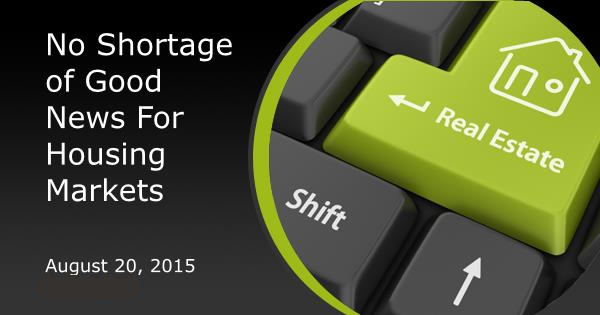 No Shortage of Good News For Housing Markets

Over the past week, housing and mortgage markets have seen a deluge of news that’s been almost exclusively positive.

The good news began with affordability data from the National Association of homebuilders.  While it probably comes as no surprise that California is the exception to any positive developments in affordability, the rest of the nation isn’t doing that bad.  To be sure, affordability remains a challenge in the current environment, but NAHB’s data showed that 63.2 percent of homes in the US were affordable for median income earners.

In a separate (and more decidedly positive) report, the NAHB released its Housing Market Index for August.  The overall index of builder confindence rose from 60 to 61, making it the highest level since November 2005.  Buyer traffic improved 2 points, sales conditions rose one point, and expectations remained at recent highs.  While builder confidence isn’t yet back at pre-crash levels, it’s been doing a good job holding near post-crisis highs. 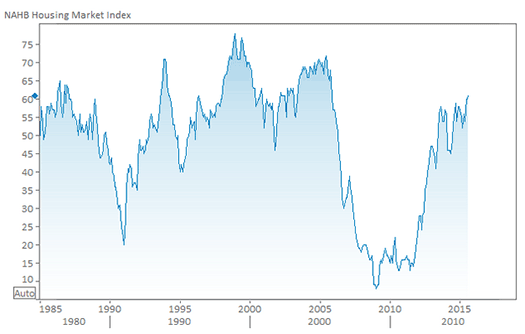 The ongoing strength in builder confidence is no surprise in light of data that followed a few days later showing Housing Starts at the best level since late 2007.  While building permits sagged noticeably, there’s a notable caveat.  Most of the weakness was attributable to multi-family construction.  Not only is that a more volatile component of the data, but it’s been on a tear recently.   A correction in that trend is no big deal.  Single-Family building permits have been much more even-keeled by comparison. 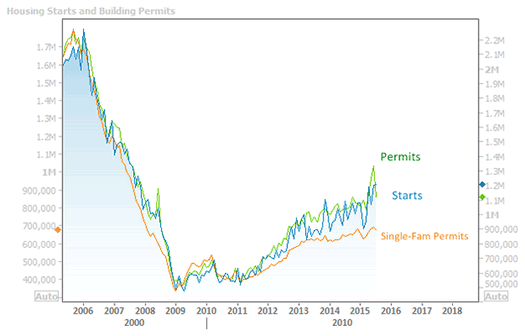 It’s not just the new home market that’s generating confidence.  Existing Home Sales also moved up to post-crisis highs.  The annual pace now stands at 5.59 million homes compared to 5.48 million last month.  As is typically the case this time of year, prices began a decline that will likely continue into the fall months.  Due to the seasonal variations in prices, its more relevant to look at the year-over-year changes.  In that regard, we see a nice improvement of 5.6%. 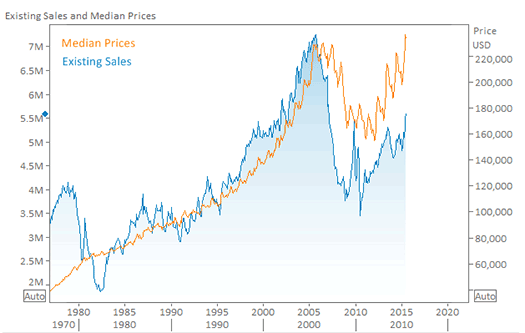 The week’s other housing news is farther from the beaten path, but continues in the same vein of post-crisis records.  Corelogic reported that cash sales fell to their lowest level since July 2008.  Moreover, the types of homes that are being financed are the ones that matter: regular old resales.  The data also suggests lenders are getting better at financing short sales, with that sector continuing to see the steepest drop in cash sales over the past few years.

To top off all of the good housing data, mortgage rates also managed to return to their lowest recent levels.  The primary motivation was Wednesday’s release of the FOMC Minutes.  It provided more detail behind the Fed’s late July meeting and painted a picture of a Fed board that was more concerned about the global economy than they let on in their official policy announcement.  Whether it’s that concern, or the fact that it implies lower chances of a Fed rate hike in September, bond markets improved noticeably.  Stronger trading levels in bond markets mean lower mortgage rates.  As of Thursday, rates were as low as they’ve been in more than three months.