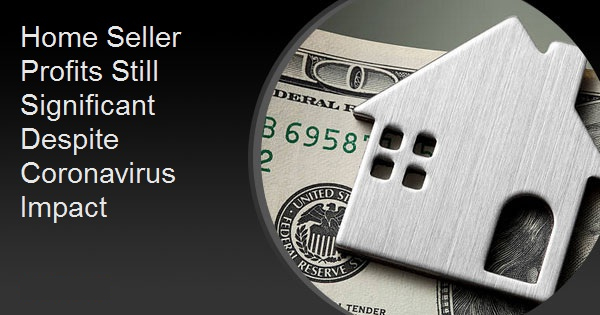 Homeownership continued to be a significant builder of household wealth in the first quarter of this year. ATTOM Data Solutions said home sellers nationwide realized a home price gain of $67,100 on a typical sale during the quarter, up from $66,264 in the fourth quarter of 2019 and from $59,000 in the first quarter of 2019. The profit represented a return on investment (ROI) of 33.7 percent, an increase from 32.8 percent a year earlier but down from the post-recession high of 34.4 percent at the end of last year.

ATTOM identified 108 metro areas with at least 1,000 sales of single-family houses and condos during the quarter and found the highest ROIs in the west. San Jose topped the list at 81.8 percent followed by San Francisco at 67.7 percent, Seattle, and Spokane at 63.6 and 61.8 percent respectively, and Boise at 59.1 percent.

"The national housing market continued at full throttle in the first quarter of 2020, setting new price and profit records as it entered its ninth straight year of gains. After it looked like things were settling down last year, the market has again roared ahead, with significant increases," said Todd Teta, chief product officer at ATTOM Data Solutions. "It is extremely important to note that the latest momentum is likely to hit a wall and reverse because of the drastic economic slowdown caused by the Coronavirus pandemic. Millions of Americans are newly unemployed, and most people are practicing social distancing, which could bring things to a halt just as the Spring buying season begins. Despite that cloud, the numbers for Q1 still do remain upbeat."

Distressed sales, (bank owned, foreclosure auctions, short sales ) accounted for 9.9 percent of home sales, down from 10.8 percent and 13.8 percent in the previous quarter and a year earlier. Those sales peaked at 45.2 percent in the first quarter of 2009.

Cash sales made up 26.6 percent of the total, exceeding pre-recession levels (2000 to 2007) of 15 to 20 percent, but well off the 43.0 percent level recorded in the first quarter of 2011. Institutional investors nationwide accounted for 2.2 percent of all single-family home and condo sales during the quarter, down from 4.1 percent in the fourth quarter of 2019 and the lowest share  since at least 2000. Institutional investors tended to favor sunbelt states. In Georgia, North Carolina, Arizona, Nevada, and Alabama such sales were well above the national average.