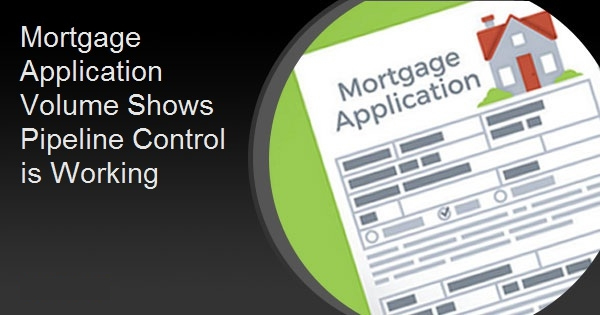 Even though many were probably doing it on their phone or tablet while sitting at their kitchen tables, Americans were busy submitting applications to refinance their home last week. The Mortgage Bankers Association (MBA) said that its Market Composite Index, a measure of mortgage loan application volume, driven by refinancing, increased 7.3 percent on a seasonally adjusted basis during the week ended April 10 and 7.0 percent on an unadjusted basis. The index had declined 18 percent a week earlier.

The volume of purchase mortgages dropped again, falling 2 percent on an adjusted basis and 1 percent before adjustment. The Purchase Index has lost an aggregate of 41 percent over the last five weeks and is 35 percent below its level at the same point in 2019.

"The 30-year fixed mortgage rate decreased last week to the lowest level in MBA's survey at 3.45 percent. The decline in rates - despite Treasury yields rising - is a sign that the mortgage-backed securities (MBS) market is stabilizing and lenders are successfully working through their lending pipelines," said Joel Kan, MBA's Associate Vice President of Economic and Industry Forecasting. "Refinance activity has experienced a volatile four-week period, but did increase 10 percent last week. Refinancing will continue to be beneficial for the many borrowers able to lower their monthly payments during this time of economic distress."

Added Kan, "Purchase applications decreased less than 2 percent last week - the fifth straight weekly decline. Compared to the first week of March, the purchase index was down around 35 percent, as the economic downturn and nationwide mitigation practices to slow the spread of COVID-19 have disrupted the spring homebuying season. The purchase market is still expected to rebound, as long as the public health measures to reduce the pandemic's spread are successful and result in a broader recovery."

Looking at the impact at the state level, here are results showing the non-seasonally adjusted, week-over -week percent change in the number of purchase applications from Washington, California, and New York, the states with the highest number of COVID-19 cases.

The FHA share of total applications decreased to 9.5 percent from 10.6 percent the previous week. The VA and the USDA shares were unchanged at 14.3 percent and 0.4 percent of the total respectively.

Interest rates were lower across most product types on both a contract and an effective basis. The average contract interest rate for 30-year fixed-rate mortgages (FRM) with origination balances at or below the conforming limit of $510,400 decreased to 3.45 percent from 3.49 percent. Points increased to 0.29 from 0.28 and the effective rate moved lower.

The rate for jumbo 30-year FRM, loans with balances exceeding the conforming limit, dropped 7 basis points to 3.80 percent. Points fell to 0.23 from 0.26 and the effective rate decreased.

The average contract interest rate for 30-year FRM backed by the FHA dipped to 3.45 percent from 3.54 percent with points unchanged at 0.19. The effective rate declined.

Fifteen-year FRM had an average contract rate of 3.04 percent, unchanged from the prior week. Points increased to 0.27 from 0.25 and the effective rate moved higher.

The average contract interest rate for 5/1 adjustable rate mortgages (ARMs) decreased to 3.34 percent from 3.39 percent, with points increasing to 0.35 from -0.02 and the effective rate increased. The share of applications filed for ARMs declined to 2.7 percent from 3.3 percent.