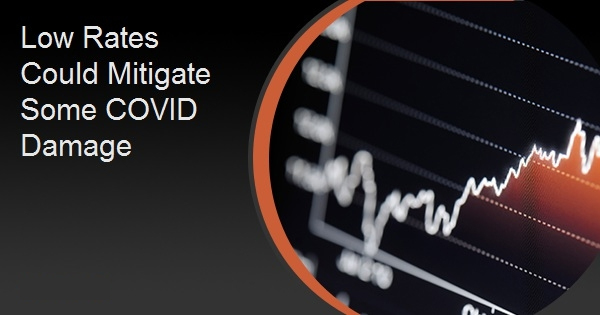 Black Knight has done an early analysis of the potential impacts of the COVID-19 pandemic on the housing market. In our summary of the first part of their paper we looked at the condition of the housing market in the early part of the year, before the full extent of what might be coming was evident. It was a market in which delinquencies were at near record lows, construction was picking up, home sales were strong, homeowners were sitting on high levels of equity, and lenders were in the midst of a refinance boom. Then as concerns and uncertainty over the virus began to emerge, so did unusual volatility in the secondary market and consequently in interest rates, to the point where the Federal Reserve stepped in with a round of quantitative easing.

Black Knight then looked toward the probable effects on other housing segments starting with home sales. As of mid-March 2020, low interest rates had pushed home affordability to a three-year high. This drove up demand for what was already limited inventory and home prices reaccelerated. However, interest rate volatility in recent weeks has had a whipsaw effect on affordability as well as overall purchase demand.

During the 2009 SARS outbreak in Hong Kong real estate transactions declined by 33 to 72 percent. At this early stage in the current epidemic there are already indications of the coming impact of social distancing and orders from some mayors and governors to stay at home. According to  the online service ShowingTime, the number of in-person real estate showings as of March 25 was down nearly 50 percent  from the 2020 peak only two weeks earlier. Likewise, aggregate data from Paragon,  Black Knight's Multiple Listing Service (MLS) platform, show that, as of March 22, online property views by perspective homebuyers were down 24 percent over the prior two weeks.

Black Knight warns there could also be disruptions to real estate and mortgage-related supply chains. The title, notarization, and appraisal processes are three components of mortgage origination which usually require in-person interactions. Closings of county offices may impact recording of transactions and thus closing volumes. This would also slow the availability of timely public record data and impact industry behavioral and valuation models, real estate indices and other tools.

Historically, more than a quarter of all residential real estate transactions have been cash sales, but even for these, delays, or disruption to securing title and/or escrow could result in closing delays or even cancellations. Business continuity plans (BCPs) at title and escrow offices - in many areas a matter of law - will help to mitigate this issue.

Home price growth could slow, stall, or even reverse course, depending upon the severity and duration of the economic downturn. The impact of massive federal and state aid programs, including the $2 trillion federal CARES Act on housing remains to be seen. The record level of homeowner equity could, as mentioned earlier, also aid homeowners in offsetting both default risk and/or short-term income loss by tapping equity for liquidity.

The job losses and uncertainty are hitting at the beginning of what is generally residential real estate's prime time. In an average year, 56 percent of real estate transactions take place in Q2 and Q3, with June marking the typical seasonal peak. Using 2019 as a baseline, Black Knight estimates there would have been 5.7 million home sales this year absent the epidemic. This would have represented volume of $1.8 trillion.

If there should be a 30 percent decline in home sales in the second quarter that would mean nearly a half-million missed transactions, 8 percent of the year's potential totals. In dollar terms that would be $150 billion in lost sales.

The negative impact of the crisis on overall purchases will be the result of fewer buyers in the market, fears of recession, and economic uncertainty. However, increased buying power from low mortgage interest rates could help to sustain sales and home prices in a temporarily-down economic environment.

Daily listing volumes are already beginning to suggest a pullback in the number of homes listed for sale on the MLS due to homeowners not wanting foot traffic in their homes and buyers are hampered by social distancing and shelter-in-place orders of indeterminate length. Video tours could help this to some extent; however, most prospective buyers will still want to see a home in person prior to making an offer.

The second and third quarters are naturally also the seasonal peaks for purchase lending. Using the same 30 percent decline in Q2 2020 would result in a potential $113 billion reduction in purchase lending, representing some 8% of expected volume for the year. That said, while the interest rate environment remains potentially volatile, there could still be increased refinance activity, as homeowners try to lock in the lowest rates possible, freeing up monthly cash and providing a liquidity buffer against economic uncertainties.

Mortgage originators had already begun shifting to accommodate a market tilted toward refinancing and that will probably continue for the foreseeable future, however the refinance landscape is also incredibly volatile. As recently as March 12, Black Knight estimated there were nearly 13 million high-quality refinance candidates in the market, a 60 percent increase since the first of the year.

However, when 30-year rates surged by 0.29 percent the following week, refinance incentive fell 40 percent with more than five million homeowners dropping out of the refinance pool. On March 26, 30-year rates fell again, to 3.5 percent and the refinance pool popped back up to 11 million. It remains sensitive to even the slightest rate movements. A shift of 12.5 basis points in either direction adds or subtracts more than a million borrowers from the potential refinance rolls.

For weeks, lenders had been struggling to deal with a surge in refinance volume, with some even pricing above prevailing rates to stem the tide. If that sort of volume were to return, the difficulty would likely be compounded by COVID-19-driven office closures, particularly for lenders who have not embraced mobile technology to allow their loan officers to continue to work from home.

Black Knight continues its analysis with a look at the potential impacts of the pandemic on mortgage defaults and servicing. It also reviews some of the actions that have already been taken to curb potential harm to housing, and makes suggestions about ways technology can be of help