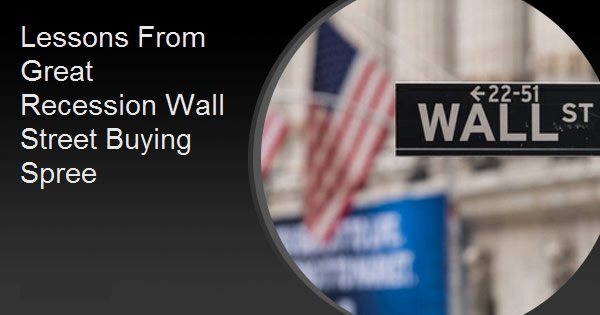 In an earlier article, (before more pressing issues shelved the topic) we summarized highlights from a recent New York Times Magazine article about the ownership of a large share of the nation's single-family rental stock by institutional investors. Part 1 recapped how private equity funds moved to purchase distressed single-family homes during the housing crises, turning it into rental stock. Their property management has been uneven, and tenants are suffering from significant financial abuses.

The author, Francesca Mari, who tells much of the story through the eyes of Chad who is now renting the home he used to own, says the extent of the financial repercussions from Wall Street's investment are not limited to the rapid rent increases and unfettered fees we pointed to in the first article. The institutional owners are not always maintaining property, failing to make needed repairs, or making them as cheaply as possible. Some of the neglect has begun to manifest itself in health issues such as black mold induced allergies.

Chad's problems with the series of Wall Street investors that bought and sold the company that had originally acquired his home were not unique. In 2017 he found a Facebook group of disaffected tenants, many of them residing in homes owned by Chad's landlord, The Blackstone Group's Invitation Homes. When he asked to join a year later its membership had grown to 1,200 people with complaints much like his. The founder of that group, Dana Chisholm, has become somewhat of an expert on the big owners, and a thorn in their side.

After founding the group in February 2017, Chisholm found she was fielding messages and phone calls from tenants around the country - particularly in Chicago; Phoenix; Atlanta; Florida; Los Angeles; Riverside, and Las Vegas, all places where Wall Street had invested heavily.

She started to notice patterns of abuse. In addition to the burdensome fees already mentioned, was false advertising. One tenant, rushing to relocate to Los Angeles started searching for housing online. She spotted an Invitation Homes listing in Van Nuys with central air-conditioning and a yard suitable for her dogs. The agent cautioned that houses were going fast and that, without a lease and deposits of $6,000 she might miss out. When she arrived at the blazing hot house, she found the air conditioning didn't exist, her lease was on an as-is basis, and getting out of it would cost most of her deposit.

It was the habitability issues that most alarmed Chisholm. One Georgia tenant rented a home with defective plumbing and his house flooded six time. The landlord (again Invitation Homes) wouldn't pay to remove the mildewed carpeting nor for a hotel while repairs were being made. After one of his children developed a mold related rash, he moved out, sued, and won.

Chisholm began intervening on behalf of her group members and was persistent enough to finally be invited to a meeting with the chief counsel and the COO of Invitation Homes. She tried to convince them to set up a fund to resolve tenant complaints, they tried to hire her as a consultant "to change the narrative" about their company. She refused and now consults for other institutional investors.

Chisholm told Mari that the worst thing about Invitation Homes is the way they create fear in their tenants. "You either pay these fees and settle with us or we'll make you homeless, or we'll ruin your credit with an eviction. That is the threat renters live under!"

Another feature of this investor ownership model is how they are funding their operations. Initially they created special real estate investment trusts (REITS) to fund their purchases. REITS are usually used to purchase multifamily or commercial real estate but the clusters of distressed and thus cheap properties within a neighborhood made mass management feasible and millions of dollars flooded into the fund. Mari quotes one economist who says there is no way to completely understand who owns them. "They've got multiple layers of corporations within corporations within holding companies."

Credit tightened after the financial crisis so the hedge funds created a new financial instrument, a single-family rental securitization which Mari calls "a mix of residential mortgage-backed securities, collateralized by home values, and commercial real estate-backed securities, collateralized by expected rental income." Invitation Homes issued its first security in 2013, collateralized by 3,200 homes at 75 percent of their estimated value: $479 million. Buyers received 3 to 5 percent in monthly interest until their principal was returned (generally in five years). Some of the proceeds were used to repay the short-term credit lines taken out to buy the houses, but home price appreciation gave them the cash to buy more homes. Other firms soon followed Blackstone's lead.

Securitization meant rents had to cover both the mortgages and interest payments to bondholders and as home prices rose, companies looked away from acquisitions, growing income from tenants. They raised rents, cut operating costs, and raised fees. In 2016, one company made $14 million in fees and an additional $12 million from tenant claw backs such as retaining security deposits.

Now the latest funding mechanisms are through the GSEs Fannie Mae and Freddie Mac. Fannie Mae guaranteed a $1 billion 10-year fixed-rate loan to Invitation Homes in 2017, which was securitized by Wells Fargo. The loan is collateralized by 7,204 Invitation Homes rentals. Freddie Mac soon followed suit. Stung by a firestorm of criticism from consumer groups, Fannie Mae announced it would not do another loan but one critic, Eileen Appelbaum, co-director for the Center for Economic and Policy Research told Mari said, "They won't have to do it again! This is now an established industry." If something goes wrong, Invitation Homes is on the hook for 5 percent of losses; the government is on the hook for the remaining 95 percent. So far, more than 10 S.F.R. companies have securitized rental debt, generating 70 securitizations totaling some $35.6 billion."

Mari's article also details some of the damage done to neighborhoods, and points out that, having bought the bulk of foreclosed homes in certain desirable neighborhoods - many of which didn't have rental inventory before the crisis now have "oligopolistic" power over some local markets. Institutional investors own 11.3 percent of single-family-rental homes in Charlotte, 9.6 percent in Tampa and 8.4 percent in Atlanta.

As we appear to be quickly sliding into perhaps even a greater recession than the one in 2008, Mari's research should be a cautionary tale for those who will have to manage the housing fallout from the pandemic. Will these big investors be allowed to purchase more homes from any new inventory of REO or distressed loans in bulk without some safeguards for consumers? Mari quotes Daniel Immergluck, a professor of urban studies at Georgia State University; "During one of the greatest recoveries of land value in the history of the country, from 2010 and 2011 at the bottom of the crisis to now, we've seen huge gains in property values, especially in suburbs, and instead of that accruing to many moderate-income and middle-income homeowners, many of whom were pushed out of the homeownership market during the crisis, that land value has accrued to these big companies and their shareholders."