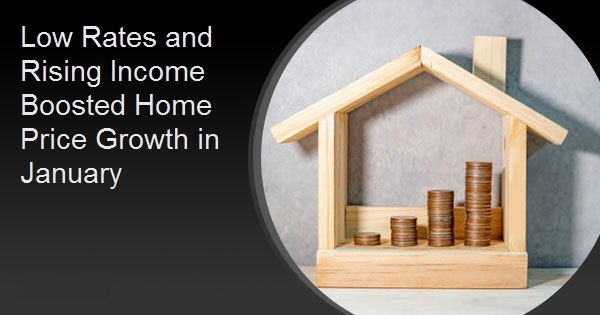 Home prices nationwide accelerated on an annual basis by 4.0 percent in January according to CoreLogic's Home Price Index (HPI). Annual appreciation has been trending higher since May as falling interest rates fueled demand. Month-over-month gains slowed to 0.1 percent in January, down from an 0.3 percent increase in December and 0.5 percent in November.

The states with the highest increases year-over-year were Idaho (10.5 percent), South Dakota (9.3 percent) and Missouri (7.6 percent.) Connecticut was the only state to post a decline.

"Despite a slowdown in home price growth last summer, annual appreciation is beginning to stabilize," according to Frank Martell, CoreLogic President and CEO. "While just under half of millennials feel confident they can afford to purchase a home, housing starts have shot up, and mortgage rates have come down, which has helped improve affordability and spur overall housing demand."

The company is forecasting that its HPI will increase by 5.4 percent over the 12-month period ending in January 2021. On a month-over-month basis, home prices are expected to increase by 0.2 percent from January 2020 to February 2020. The CoreLogic HPI Forecast is a projection of home prices using the CoreLogic HPI and other economic variables. Values are derived from state-level forecasts by weighting indices according to the number of owner-occupied households for each state.