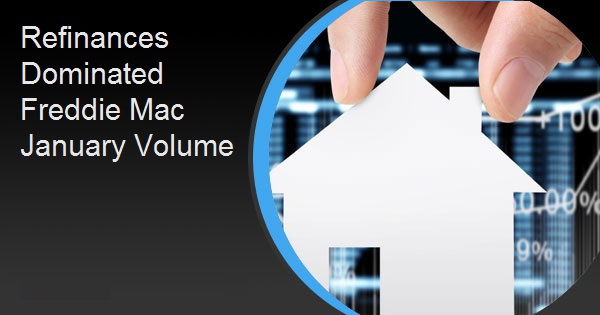 Freddie Mac reported this week that its total mortgage portfolio increased at an annualized rate of 4.3 percent in January, a substantial change from the 15.2 percent gain in December.  The portfolio balance at the end of the period was $2.339 trillion compared to $2.331 trillion at the end of December and $2.184 trillion a year earlier. The growth rate for the year to date is 4.3 percent compared to 1.2 percent for the same period in 2019.

Single-family refinance loan purchase and guarantee volume was $25.800 billion in January compared to $30.500 billion in December and representing a 57 percent share of total single-family mortgage portfolio purchases and issuances compared to 56 percent the previous month.

Freddie Mac said the measure of its exposure to changes in portfolio value averaged $3 million in January, down from $5 million in December.