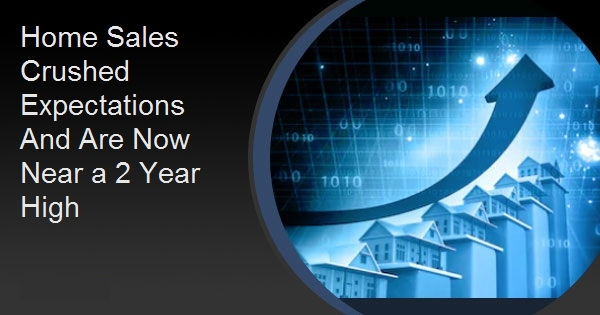 Pending home sales bounced back last month after an unexpectedly dismal performance ended the prior year. The National Association of Realtors® said its Pending Home Sales Index (PHSI), which had dropped 4.9 percent to 103.2 in December, posted a 5.2 percent increase last month to a reading of 108.8. This is 5.7 percent higher than the Index in January 2019.

The PHSI is a forward-looking index based on contracts for existing home purchases. It is generally expected to predict existing home sales over the next several months.

Pending sales rose in three of the four regions compared to December with a small dip in the West. All four regions bettered their year-earlier readings.

An improvement in the PHSI was anticipated, although the results were at the top of the forecast range of 1.0 to 2.5 percent made by analysts polled by Econoday. Their consensus was an increase of 2.2 percent.

"This month's solid activity - the second-highest monthly figure in over two years - is due to the good economic backdrop and exceptionally low mortgage rates," said Lawrence Yun, NAR's chief economist.

"We are still lacking in inventory," he said, noting December's and January's combined supply was at the lowest level since 1999. "Inventory availability will be the key to consistent future gains."

"With housing starts hovering at 1.6 million in December and January, along with the favorable mortgage rates, among other factors, 2020 has so far presented a very positive sales climate," Yun said. "Moreover, the latest stock market correction could provide exceptional, even lower mortgage rates for a few weeks, and that would help bring about a noticeable upturn in the coming months."

The PHSI is a leading indicator of existing home sales and is based on a large national sample, typically representing about 20 percent of transactions for existing-home sales. In developing the model for the Index, it was demonstrated that the level of monthly sales-contract activity parallels the level of closed existing-home sales in the following two months. NAR will release existing home sales results for January on March 20.

An index of 100 is equal to the average level of contract activity during 2001, which was the first year to be examined. By coincidence, the volume of existing-home sales in 2001 fell within the range of 5.0 to 5.5 million, which is considered normal for the current U.S. population.