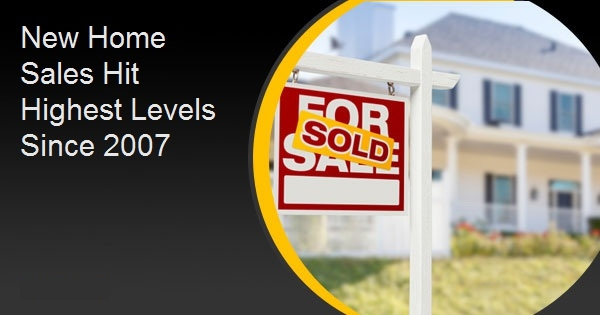 New home sales had ended 2019 in a much stronger fashion than they had started the year. December sales were at an annual rate of 708,000 (a revision from the initial estimate of 694,000) and running more than 23 percent above sales a year earlier. With Wednesday's sales report from the U.S. Census Bureau and the Department of Housing and Urban Development it appears that at least this bull market is extending its run into 2020.

New home sales during January were at a seasonally adjusted annual rate of 764,000 units, a 7.9 percent increase over December's revised number and 18.6 percent above the January 2019 estimate of 644,000 units. The increase was largely national in scope with big gains in the Midwest and West.

Sales were much higher than anticipated. Analysts polled by Econoday had expected the number to come in between 700,000 and 727,000 units. The consensus was 710,000.

New home sales in the Northeast were 4.8 percent higher than in December and 46.7 percent above the January 2019 pace. The Midwest had an increase of 30.3 percent month-over-month and a surge of 47.8 percent in the annual gain.

The South was the only region where sales fell, down 4.4 percent and 2.4 percent from the two earlier periods. Sales in the West grew by 23.5 percent from December and 49.1 percent year-over-year.

At the end of the reporting period there were an estimated 324,000 newly constructed homes available for sale. This is estimated at a 5.1-month supply at the current sales pace. The inventory was estimated at a 5.5-month supply in December and 6.5 months in January 2019. More than two-thirds of the homes sold during the month were not yet completed.