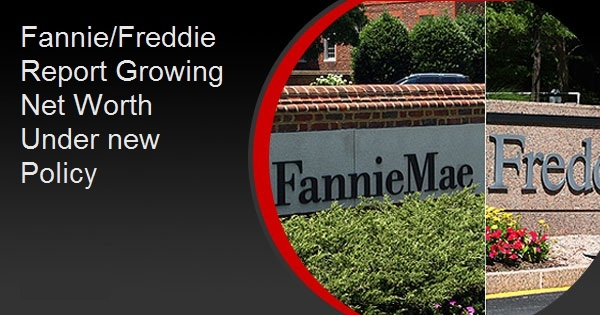 Both of the government sponsored enterprises (GSEs) posted strong earnings for the fourth quarter of 2019 as well as for the entire year. They are now reporting growing net worth after achieving revisions in the 2012 version of their agreement with the U.S. Treasury that allows them to retain their earning.

The company said it provided more than $650 billion in liquidity to the mortgage markets in 2019 including about $207 billion in the fourth quarter. It acquired approximately 2.3 million in single-family mortgage loans and financed 726,000 units of multifamily housing during the year.

As was the case with Fannie Mae, Freddie Mac said the quarterly increase was driven primarily by higher amortization as mortgage loans were prepaid through rate-driven refinances.

Net income was $4.57 billion for the quarter, including $3.36 billion in interest related income, up $948 million quarter over quarter. Net revenues for the year were down $1.49 billion to $14.08 billion as interest, guarantee fee and investment income all slipped from 2018 levels.

Under the revised agreement with Treasury, neither Freddie Mac nor Fannie Mae will be required to sweep all of their quarterly revenues into the Treasury as a dividend. They will be allowed to retain dividends (although the amount will be added to their Treasury debt) until the net worth of each reaches a pre-set level, $25 billion in the case of Fannie Mae and $20.0 billion for Freddie Mac. As of December 31, 2019, Fannie Mae had accumulated net worth of $14.6 billion and Freddie Mac's was $9.1 billion.