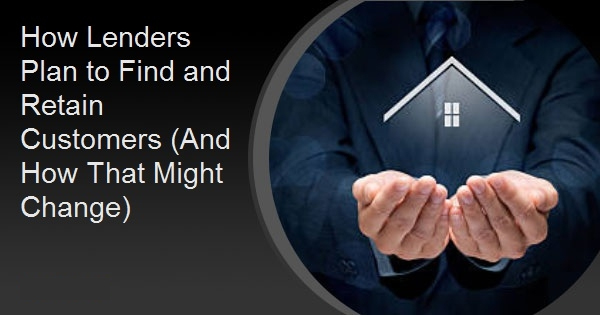 Almost 200 senior mortgage lenders told Fannie Mae about their plans to both acquire and keep customers through the company's Fourth Quarter Mortgage Lender Sentiment Survey. Mortgage lenders cited a number of channels and strategies and ranked them by their effectiveness.

When questioned about channels, the most frequent response, cited by 67 percent of respondents, was their loan officers and their personal networks. Thirty-nine percent identified this as the most important channel. Partnering with real estate agents was second, mentioned by 56 percent of respondents, and third was the use of proprietary channels such as a website, direct mail/email, and social media accounts.

The importance of the first two however, are expected to diminish in the future as reliance on technology and social networks increase. The reliance on loan officers and their networks, for example, was quoted as the most important resource over the next three to five years by only 24 percent of respondents.

One lender said "They (loan officers) are important but are higher cost channels and as digital and tech evolve, we expect more consumers to be comfortable with digital and direct to consumer (cheaper) channels."

Less reliance on real estate partners in the future was attributed more to the lessening influence of agents in the homebuying process than on anything going on in the loan office. One lender said they were "potentially not as much of a driver for business because of the ability to use services like Homie or Zillow to sell a home." On the other hand, 25 percent selected advertising on digital media as one of their top three channels in the future and also increased reliance on their own website and social media channels. One lender said, "Younger borrowers need younger delivery channels."

The lenders also cited specific strategies they use for acquiring new customers. Among lenders offering a portfolio of mortgage and non-mortgage (e.g., banking) products, the majority said that having a portfolio of products is very helpful in acquiring customers. However, they were split on whether the mortgage relationship or non-mortgage relationship is more effective in convincing customers to adopt additional products.

Strategies for retaining existing consumers differed somewhat by lender type but providing great customer service was consistently rated number one. Other strategies included streamlining the origination process and targeting borrowers for some life events that might be putting them in the market for a new loan.

Fannie Mae concluded its survey report by advising lenders to be careful about placing too much emphasis on leveraging data and digital media as a way of acquiring customers. "In a previous study among consumers, when asked about the most 'influential' source of mortgage-related information, consumers told us that industry professionals who offer a personal touch, such as mortgage lenders and real estate agents, were preferred by a wide margin over online sources."

"Consumers have also indicated that while they prefer to do simpler mortgage activities online, including bill-paying, they still believe more complex mortgage tasks require personal interaction. These results were consistent across all age groups. At least for the next few years, while we believe that digital media might be more effective in building lenders' brand awareness among consumers, human touch remains critical to gaining their business."