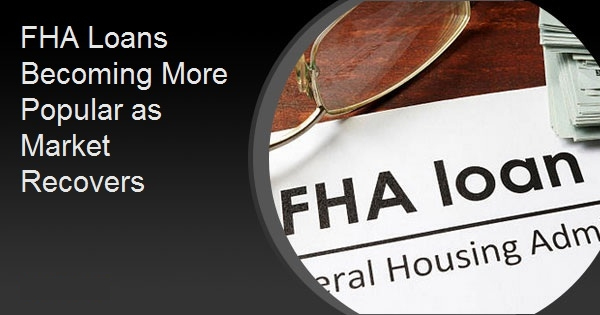 In the throes of the housing crisis, it sometimes seemed as though FHA was the only way to finance a home purchase, especially for those with less than stellar credit or unable to come up with a large downpayment. The government sponsored insurance program has always been, quite intentionally, a countercyclical lender and when money was flowing freely during the housing boom, FHA lending shrunk to near nothing. Subprime lenders took over its market share, offering lower underwriting standards and teaser interest rates. In 2006, FHA loans had only a 4.5 percent share of the purchase finance market.

Then the crash hit, subprime lenders disappeared, and FHA's market share soared. The agency insured 34.5 percent of the purchase market in 2010. The share is now only half that, 16.9 percent in the third quarter of 2019, but its share of a subset of purchase mortgages appears to be growing again.

The National Association of Home Builders (NAHB) has looked at Census Bureau data on the financing of new home purchases and found that FHA's role in that market is strengthening. The share of new homes purchased with FHA financing in the fourth quarter of 2017 hit a recent low of around 11 percent at a time when its share of all purchase loans was 17.71 percent. Since then the new home portion has been growing fairly steadily and reached 18.4 percent in the fourth quarter of last year. This was an increase of 2.9 percent of sales in the third quarter, a 5.7-point gain year-over-year and the largest share since 2012. Of a total of 152,000 new home purchases, 28,000 had FHA financing. The new home share enjoyed by other loan products have not had this level of growth, especially relative to their overall market shares. According to Ellie Mae, the FHA share of all loans in the fourth quarter was about 16.5 percent. Conventional loans accounted for 71.1% of new home sales in the fourth quarter of 2019, a 1.5 percentage point increase from Q3 2019 while their share of all originations seems permanently stuck in the low 70 percent range.

At the same time, cash purchases of new homes and those financed by the VA shrunk. The VA share dipped 1.8 point to 5.9 percent, its smallest share since the first quarter of 2018. VA loans overall accounted for 8 to 11 percent of all originations throughout 2019. Cash purchases declined by 2.5 points to 4.6 percent, the smallest portion since the first quarter of 2017.