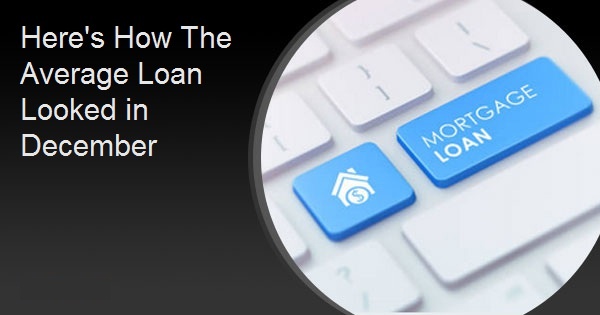 Here's How The Average Loan Looked in December

The average interest rate on closed loans inched up in December and the share of those loans that were for refinancing moved lower. Ellie Mae's Origination Insight Report for the month says the average 30-year fixed rate in December rose to 3.99 percent from 3.97 percent in November and the year's low of 3.93 percent in September. The refinance share across all mortgage products declined from 49 to 46 percent.

The share of loans that were originated for FHA rose 1 percentage point to 17 percent in December, taking that point from Conventional loans which dipped to a 70 percent share. The portion of VA loans was unchanged at 9 percent. Adjustable rate mortgages accounted for 5.5 percent or originations.

Jonathan Corr, President and CEO of Ellie Mae said, "As we closed out 2019, we saw interest rates continue to rise to 3.99 percent, still well below the 2019 high of 5.01 percent in January. This drove the increase in purchase percentages back up to 54 percent of closed loans, still well below the 2019 high of 69 percent in June. While we believe that seasonality played a part in the slowing of refinances, we believe that we will continue to see purchase percentages pick up in 2020 as refinance demand normalizes."

Ellie Mae's Origination Insight Report mines data from a sample of approximately 80 percent of all mortgage applications that were initiated on the company's mortgage management system. Ellie Mae says its report is a strong proxy for the underwriting standards employed by lenders across the country.