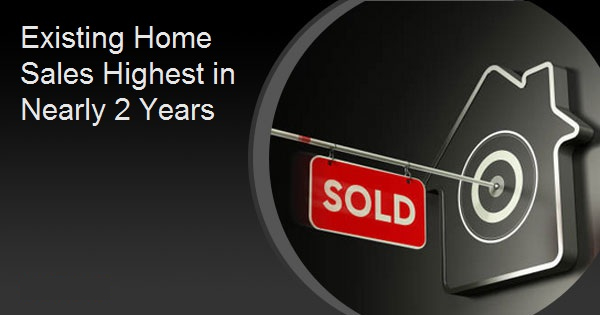 Existing home sales rose convincingly in December, gaining 3.6 percent compared to sales the prior month. Sales of all existing home types, single-family, townhouses, condos, and cooperative apartments were higher than in November and all posted double digit increases from sales in December 2018.

Single-family home sales were also solid, posting a gain of 2.7 percent to an annual rate of 4.92 million (compared to 4.79 million in November) and a 10.6 percent change from a year earlier. Condominium and co-op sales were recorded at a seasonally adjusted annual rate of 620,000 units, up 10.7 percent from November and 12.7 percent higher than a year ago.

Analysts had expected the year would end well but they did undershoot the mark. Those polled by Econoday had forecasted an annual rate between 4.370 to 5.500 million units. Their consensus was 5.43 million.

Lawrence Yun, NAR's chief economist, said home sales fluctuated a great deal last year. "I view 2019 as a neutral year for housing in terms of sales," he said. "Home sellers are positioned well, but prospective buyers aren't as fortunate. Low inventory remains a problem, with first-time buyers affected the most."

"Price appreciation has rapidly accelerated, and areas that are relatively unaffordable or declining in affordability are starting to experience slower job growth," Yun said. "The hope is for price appreciation to slow in line with wage growth, which is about 3 percent."

Existing home sales appear to have ended the year at a total of 5.34 million units, the same level as in 2018. A 2.2 percent increase in the South offset declines in the West and Midwest of 1.8 percent and 1.6 percent respectively. Sales in the Northeast were unchanged.

Total housing inventory at the end of the year totaled 1.40 million units, down sharply (14.6 percent) from November and 8.5 percent below the 1.53 million available units a year earlier. Unsold inventory sits at a 3.0-month supply at the current sales pace, down from the 3.7-month figure recorded in both November and in December 2018. Unsold inventory totals have dropped for seven consecutive months on an annual basis, taking a toll on home sales.

First-time buyers were responsible for 31 percent of sales in December while individual investors or second-home buyers accounted for 17 percent. Twenty percent of sales during the month were all cash and only 2 percent of were of distressed properties.

Existing home sales were up for the month in three of the four regions while they all gained year-over-year. Sales in the Northeast grew 5.7 percent to an annual rate of 740,000, up 8.8 percent from a year ago. The median price in the Northeast was $304,400, annual growth of 7.4 percent.

The South posted a 5.4 percent increase in existing-home sales compared to November. The annual rate of 2.36 million in the region was 12.4 percent higher than in December 2018. The median price in the South was $240,500, a 6.7 percent increase.

Yun said conditions for buying are favorable and will likely continue in 2020. "We saw the year come to a close with the economy churning out 2.3 million jobs, mortgage rates below 4 percent and housing starts ramp up to 1.6 million on an annual basis," he said. "If these factors are sustained in 2020, we will see a notable pickup in home sales in 2020."

"NAR is expecting 2020 to be a great year for housing," said NAR President Vince Malta. "Our leadership team is hard at work to secure policies that will keep our housing market moving in the right direction, like promoting infrastructure reform, strengthening fair housing protections, and ensuring mortgage capital remains available to responsible, mortgage-ready Americans.