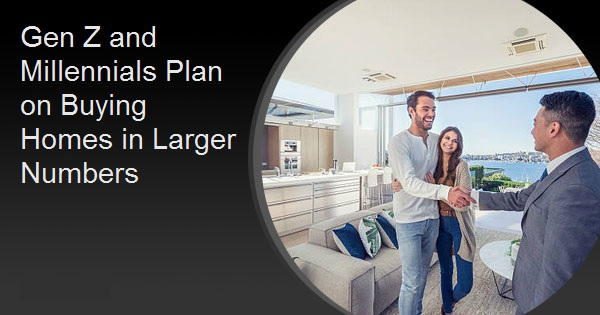 The share of adults who told the National Association of Home Builders (NAHB) they were considering a home purchase in the next year has now fallen year-over-year for the fifth consecutive time. NAHB's survey for its fourth quarter 2019 Housing Trends Report found only 11 percent of its respondents had such plans, a 2-percentage point drop from the survey a year earlier and less than half the share in the fourth quarter of 2017. Rose Quint, writing in NAHB's Eye on Housing blog blamed the steady decline in planned participation on the persistent low levels of housing inventory. Offsetting this discouraging news however is data on both the ages of those who are planning on buying and their current homeownership status. Nineteen percent of Millennials (those born between 1981 and 1996) said they planned to become homeowners over the next 12 months as did 13 percent of those in Gen Z. The oldest members of the latter cohort are only 22, so they at least plan on becoming homeowners at a much younger age than did Millennials. Among Gen X (born between 1965 and 1980) 12 percent had homebuying plans but only 5 percent of Baby Boomers. The share of prospective homeowners who would be first-time buyers was 10 percentage points higher than a year earlier at 63 percent. Not surprisingly, nearly all Gen Z individuals who plan to buy would be novice homeowners (88 percent) compared to 78 percent of Millennials, 57 percent of Gen X'ers, and only 20 percent of Boomers.

Geographically, 12 percent of respondents in the South and West are prospective home buyers, slightly ahead of the Northeast (10 percent) and Midwest (9 percent). More than 60 percent of prospective buyers in every region are buying a home for the first time.

Forty percent of all prospective buyers expressed an interest in purchasing an existing home while 19 percent will be shopping for a newly built one. The remaining 41 percent would buy either type, a percentage that held across all generations.

NAHB's Housing Trends Report is derived from a quarterly survey conducted online. Results are not yet seasonally adjusted due to the short-time horizon of the series. Only annual comparisons are statistically valid.