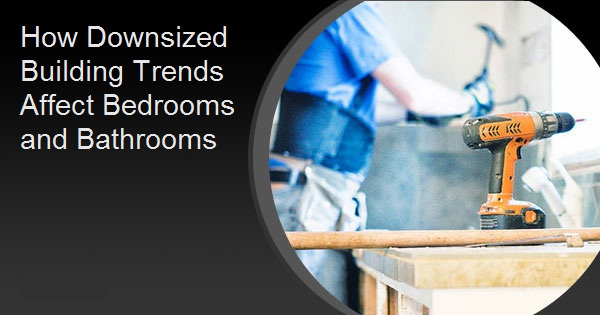 Builders are struggling to construct homes that are affordable to a greater number of buyers, especially those on the entry level, and they are finding building smaller and leaner is one way to go. Using data from the U.S. Census Bureau's Survey of Construction (SOC) and its Quarterly Starts and Completions by Purpose and Design, the National Association of Home Builders (NAHB) has analyzed the steadily declining size of new houses and the shift in the number of bedrooms and bathrooms within.

The decline in the average size of homes constructed since 2016 has been slow but steady (the median size is more volatile) and reached 2,464 square feet (sf) in the third quarter of 2019. The one-year moving average is slightly higher at 2,521sf. NAHB chief economist Robert Deitz says the post-recession increase in single-family home size was consistent with the historical pattern coming out of recessions. Typical new home size falls prior to and during a recession as home buyers tighten budgets and then rises as high-end homebuyers with their fewer credit restraints return to the market in relatively greater proportions. This was exacerbated in the last downturn due to market weakness among first-time homebuyers and supply-side constraints in the building market. "But, declines in size over recent years indicate that this part of the cycle has ended," he said, "and size will trend lower as builders add more entry-level homes into inventory and the custom market levels off."

Builders are attempting to lower prices in other ways such as building fewer home styles to increase standardization and eliminating many buyer options. NAHB points out they are also putting fewer bed and bathrooms into their smaller homes. Nationally, the number of single-family homes started with four bedrooms or more declined from 44.8 percent in 2017 to 43.5 percent in 2018. While multiple baths are still the norm (and the term here applies to full bathrooms), two baths have an increasingly large share. Three- or four-bedroom homes have typically made up the largest share of housing starts while those with one or two bedrooms or five or more have held the lowest. In 2018 the share of homes with three bedrooms was largest at 45 percent followed by four bedrooms at 34 percent (down from 36 percent in 2015). Two bedrooms or less and five or more bedrooms had the lowest shares at 11 percent and 9 percent respectively (also a 2-point decrease.) This decline of typical bedrooms was evident in all census divisions except the West North Central division where the number has been trending higher.