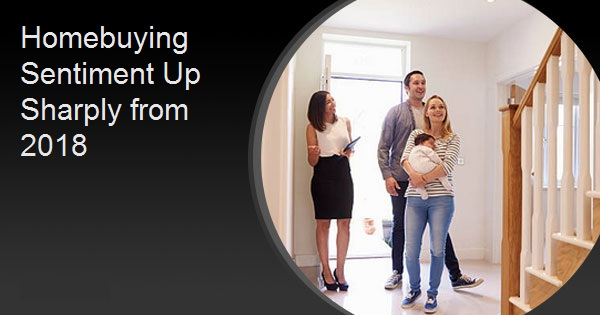 Homebuying Sentiment Up Sharply from 2018