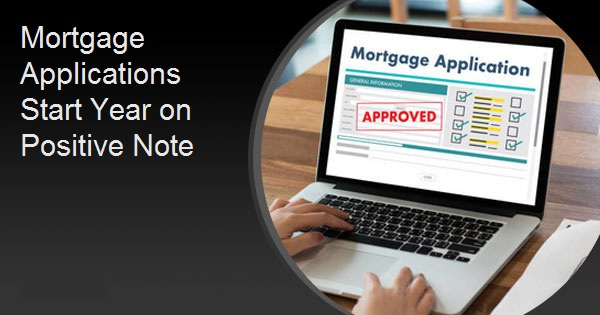 The Mortgage Banker Association's (MBA's) offices were closed over the two-week holiday period. The data in this week's report on mortgage applications activity is compared with that from the last published report covering the week ended December 20.

MBA's Market Composite Index, a measure of mortgage loan application volume was down 1.5 percent on a seasonally adjusted basis compared to the previous report. On an unadjusted basis, the Index was 22 percent lower.

The Refinance Index was down 8 percent from the last report while remaining elevated from the same week a year earlier by 74 percent. The seasonally adjusted Purchase Index increased 5 percent although it was down 14 percent on an unadjusted basis from the December 20 period. Purchase applications were 2 percent higher than the same week one year earlier.

"Mortgage rates dropped last week, as investors sought safety in U.S. Treasury securities as a result of the events in the Middle East, with the 30-year fixed mortgage rate declining to its lowest level (3.91 percent) since early October," said Mike Fratantoni, MBA Senior Vice President and Chief Economist. "Despite lower rates, refinance volume decreased these last two weeks, and we expect that it will slowly trail off in the first half of 2020 as long as mortgage rates remain in this same narrow range. Homeowners would need to see a sharp drop in rates to reinvigorate the refinance wave seen in 2019."

Added Fratantoni, "The end of the year is the slowest time for home sales, so it is not at all surprising that activity was light. However, after a seasonal adjustment, purchase application volume was up relative to the pre-holiday period and started off 2020 ahead of last year's pace. We expect that the strong job market will continue to support purchase activity this year, and the uptick in housing construction towards the end of last year should provide more inventory for prospective buyers."

While the index changes were calculated relative to two weeks prior, the following compositional and rate measures are presented as they compare to the week ended December 27.

The average loan size for applications submitted during the week was $298,100. Purchase mortgages averaged $318,200.

Mortgage rates, both contract and effective, moved lower from a week earlier. The average contract interest rate for 30-year fixed-rate mortgages (FRM) with conforming loan balances at or below the conforming loan limit of $484,350 decreased to 3.91 percent from 3.95 percent. Points increased to 0.34 from 0.31.

The average contract interest rate for 30-year jumbo FRM, loans with balances that exceed the conventional limit, decreased to 3.88 percent from 3.92 percent, with points decreasing to 0.17 from 0.30.

Fifteen-year FRM rates were down by 2 basis points to an average contract rate of 3.35 percent. Points ticked up to 0.29 from 0.28 a week earlier.