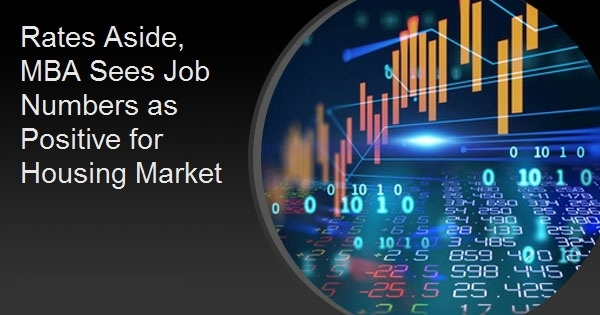 Mortgage application volume fell again last week, but the declines were small compared to the double-digit declines in all indices during the week ended September 30. The Mortgage Bankers Association (MBA) said its Market Composite Index, a measure of mortgage loan application volume, decreased 2.0 percent on both a seasonally adjusted and unadjusted basis during the week ended October 7. The Refinance Index also fell 2.0 percent from the prior week and was 86 percent below its level during the same week in 2021. The refinance share of mortgage activity was unchanged from the prior week at 29.0 percent.

“Mortgage rates moved higher once again during the first week of the fourth quarter of 2022, with the 30year conforming rate reaching 6.81 percent, the highest level since 2006,” Mike Fratantoni, MBA’s Senior Vice President, and Chief Economist said. “Mortgage rates increased across all product types in MBA’s survey, with the largest, a 20-basis-point increase, for 5-year adjustable-rate mortgage (ARM) loans. The ARM share of applications remained quite high at 11.7 percent – just below last week’s level. Application volumes for both refinancing and home purchases declined and continue to fall further behind last year’s record levels.”

Fratantoni added, however, “The news that job growth and wage growth continued in September is positive for the housing market, as higher incomes support housing demand. However, it also pushed off the possibility of any near-term pivot from the Federal Reserve on its plans for additional rate hikes.”

There were other highlights contained in the results from MBA’s Weekly Mortgage Applications Survey.