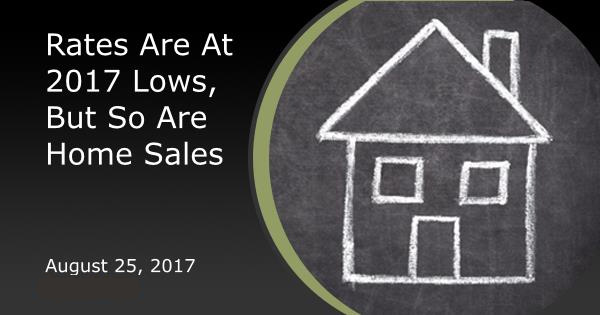 Markets ended the previous week on the jog, with big moves on Thursday and Friday thanks to confirmed rumors of Steve Bannon's departure.  Without a fresh supply of drama, trading was much less volatile this week.

Most investors focused on the Jackson Hole Symposium that began in earnest on Friday morning.  Both Janet Yellen and European Central Bank (ECB) President Mario Draghi were on the agenda and both central banks are widely expected to adjust their bond-buying programs soon.  Such adjustments tend to have a big impact on rates although they're gradually priced-in as central bankers drop hints.

Jackson Hole has historically served as a venue for such hints.  As such, it's no wonder investors had a hard time getting over their anticipation, even as recent news suggested both speakers would stick the the script.

Trading ranges remained narrow as investors waited for Friday's speeches, but true to more recent reports, neither central banker shared any policy clues.  With no further inspiration on tap, stocks and bonds held inside the week's increasingly narrow ranges.

That leaves stocks in a somewhat precarious position, but it's far from unpleasant for bonds.  10yr yields (the best proxy for momentum in long-term rates like mortgages) remained in line with recent lows.  Mortgage rates themselves continued to outperform, pushing into their lowest levels since late 2016. 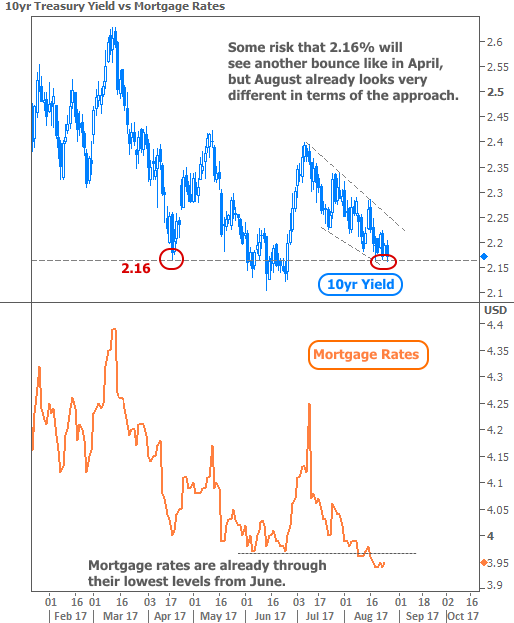 Unfortunately, both New and Existing Home Sales also fell to the lowest levels of the year in reports issued by the Census Bureau and the National Association of Realtors respectively.  This data wasn't of great interest to financial markets but it could get more interesting for the housing market. If year-over-year sales continue to operate near or below 0% in the coming months, it could signal the contraction that some economists were worried about last year. For now though, the drop in sales is isolated. 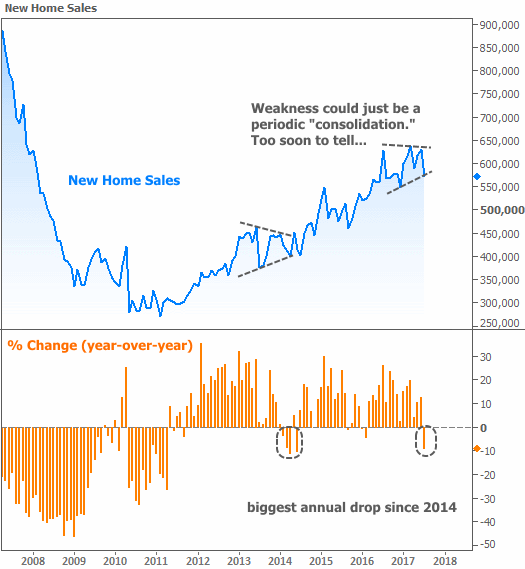 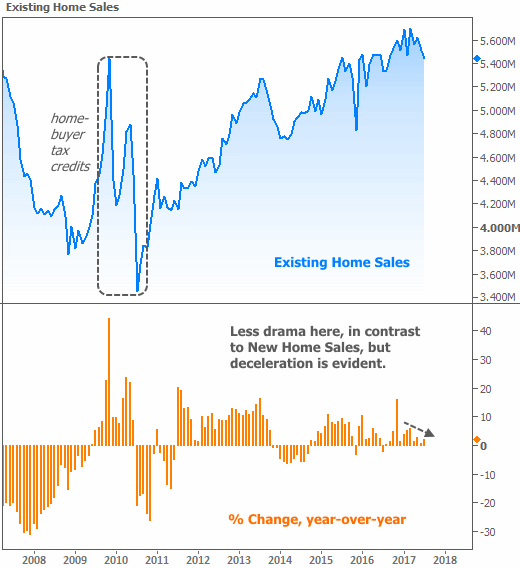