Last week, mortgage rates were just beginning to break the upward trend that's been in place since mid-April. Without much on the event calendar, it was unclear what this week would do to confirm the breakout. Unexpected political headlines quickly became the focal point, sending shockwaves through the entire financial market and confirming the rate breakout. 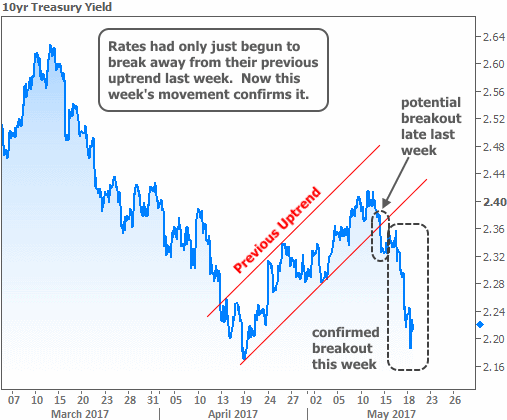 The headlines in question generally concern potentially inappropriate communications between Trump and former FBI Director Comey, the presence of records to that effect, and the ability of congress to request those records.  This led to widespread speculation about impeachment, but the "I" word isn't necessarily the big news for investors.

Following the election, stocks and interest rates moved higher on the promise of fiscal reforms (especially tax reform).  An administration that is embroiled in controversy is seen as less likely to quickly deliver on those promises.  Therefore, it's logical to see stocks and interest rates react by moving lower in concert.  This correlation is also common when markets are reacting to unexpected developments in the news (aka "headline risk"). 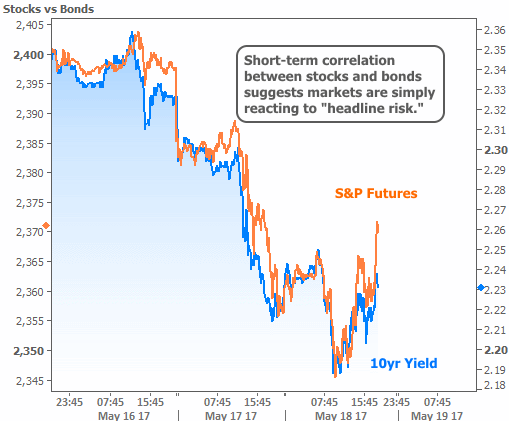 It's worth pointing out that rates had been more tied to Fed rate hike expectations in recent weeks.  As such, the correlation with stocks represents a bit of a departure from the recent norm.  It suggests that bonds (aka "rates") are benefiting as a safe-haven for panicked investors.  To whatever extent new headlines come out that cause panic to subside, rates are susceptible to a bounce back in line with Fed rate hike expectations. 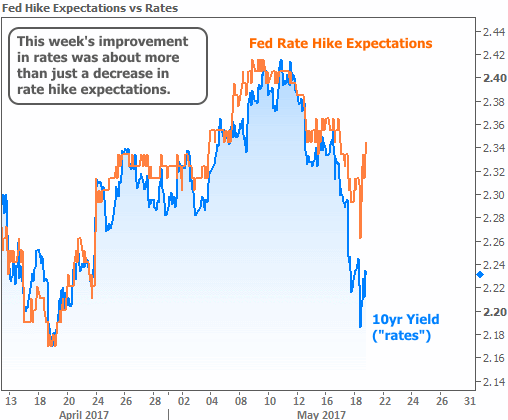 If rates are going to capitalize on this week's momentum, they need to do it quickly.  The longer they wait, the more these levels (also seen in mid-April) will begin to look like a post-election floor. 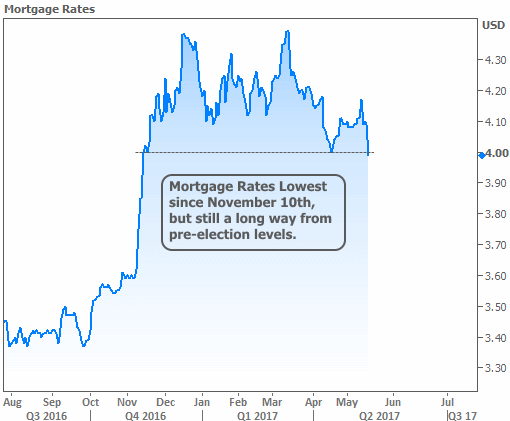 In housing-specific news this week, economic data was mixed.  New Residential Construction was slightly lower than expected, according to the Census Bureau, but the general trends in Housing Starts and Building Permits remain favorable.  In a separate report, the National Association of Home Builders' Housing Market Index outpaced expectations to remain near post-recession highs. 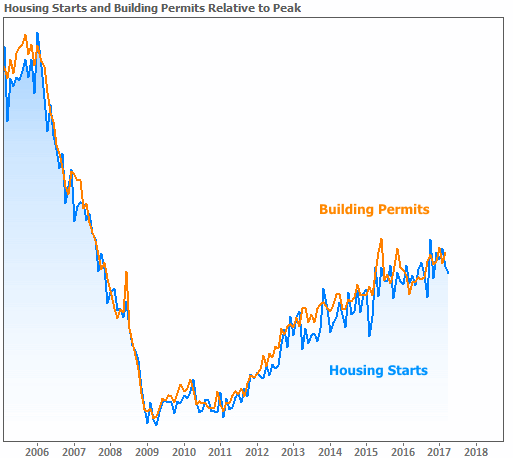 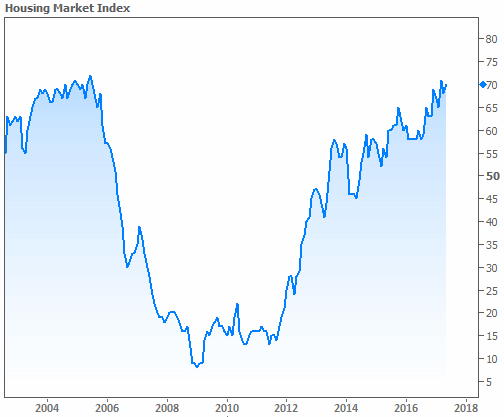