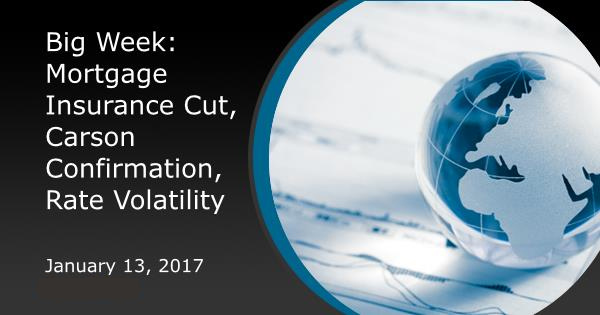 It was a big week for mortgage markets and an active week for rate movement. Most of it was good. Some of it was ominous. And one development was downright confusing.

Biggest news first: The Department of Housing and Urban Development (HUD), announced a cut to the monthly mortgage insurance premiums on FHA loans.  Most prospective buyers will see this as a 25 basis point reduction, which would save them roughly $40 on a $200k loan, but the cut varies by loan amount, loan term, and loan-to-value (LTV) ratios. 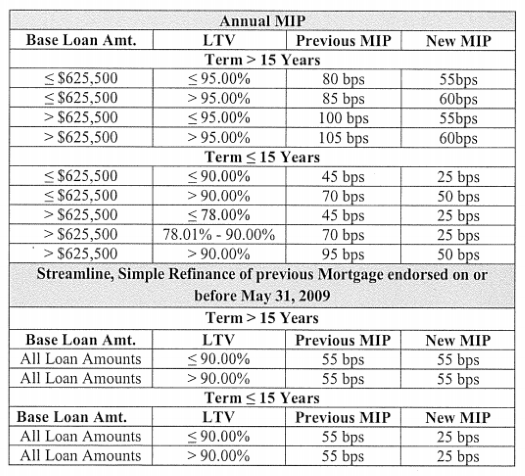 To put that in practical terms, that would have the same effect on monthly payment as interest rates falling 0.375% instantly.  This offsets more than half of the rise in rates seen since the election.  While it might not sound like a big deal to some, it is a very welcome development overall.

Don't get too attached to it though!  There's already speculation that incoming HUD Secretary Ben Carson might reverse the decision.  When asked about it at this week's confirmation hearing, Dr. Carson said he was "surprised to see something of this nature done on the way out the door."

He went on to say that the overall effect on FHA's balance sheet was profound, and that he'd be work with the fha administrator and other financial experts to "really examine that policy."  Some analysis has suggested he's likely to leave it intact.  Others felt Carson's tone suggested a reversal was a legitimate possibility.  Either way, until and unless that happens, the new premiums go into effect for new mortgages with a closing date of January 27th, 2017 or later.

In addition to addressing the MIP cut, Carson also discussed the need to minimize taxpayer exposure in the mortgage market and his hope that the government could get out of the 30-year fixed lending business.  These statements are in stark contrast to some of his opening remarks in which he lamented a lack of affordability and pointed out the importance of giving people an "opportunity to climb the economic and social ladder."

Experts agree that a fully private mortgage market--while posing effectively no risk to taxpayers--would result in significantly higher rates.  Carson says that "banks are loath to participate" in certain FHA programs, but the government presence is one of the only reasons banks are willing to participate in the first place.  After all, FHA mortgage-backed-securities (MBS) were a shining beacon of stability relative to Fannie/Freddie MBS during the mortgage meltdown--not to mention the fact that MBS with true government guarantees have almost always commanded higher prices among investors.

It's easy to appeal taxpayers on an ideological level by saying you want to reduce their liability for the mistakes of others.  Certainly, that sounds good to any taxpayer!  The decision becomes less clear by the time you remind taxpayers that the trade-off is higher rates for everyone.

Whichever side of this argument suits you, just remember that it's one or the other.  Reducing the role of government, reversing the MIP cut... both would mean rates move higher and homeownership becomes more difficult for the folks Carson wants to help climb the ladder.

Mixed signals and uncertainty are apparent elsewhere in the mortgage and housing markets.  Some reports are showing the ill effects of the recent rise in rates while others suggest rates have improved.  In this case, there is room for both points of view.  In the slightly bigger picture, rates have indeed soured homebuyer sentiment.  In the nearer term, rates have recovered some of their losses and refinance applications may be stabilizing. 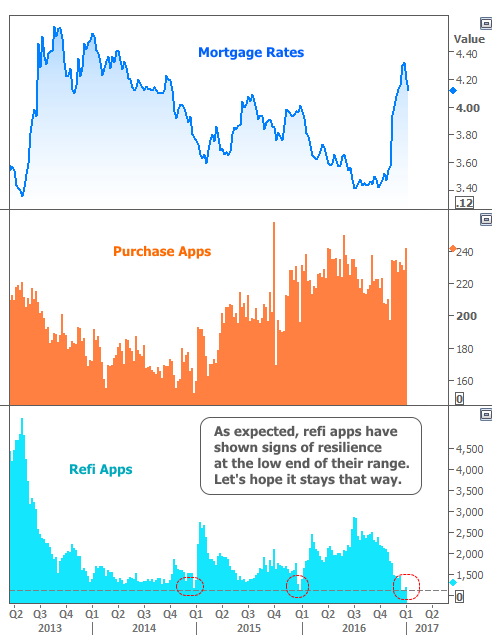 Bond markets are closed on Monday for Martin Luther King Jr. Day.  As such, mortgage lenders will not be open.  Next week also brings several speeches from Fed Chair Yellen.  Market participants will be looking for more signs that the Fed has begun discussing an eventual end to its policy of reinvesting the proceeds from its bond portfolio (something that came up in another Fed member's speech this week).

The Fed's reinvestment policy is worth a lot to the world of mortgage rates, and to interest rates in general.  While we can trust that the Fed isn't interested in making a rash move that would cripple the economy, the fact that it's even being discussed has some investors on edge.

The most immediate decision for rates will be whether to move higher or lower from the recently narrow range that was established this week.  This week's key levels have more than an average amount of long-term significance.  The chart below discusses them in terms of 10yr Treasury yields (the best benchmark for momentum in long-term rates, like mortgages). 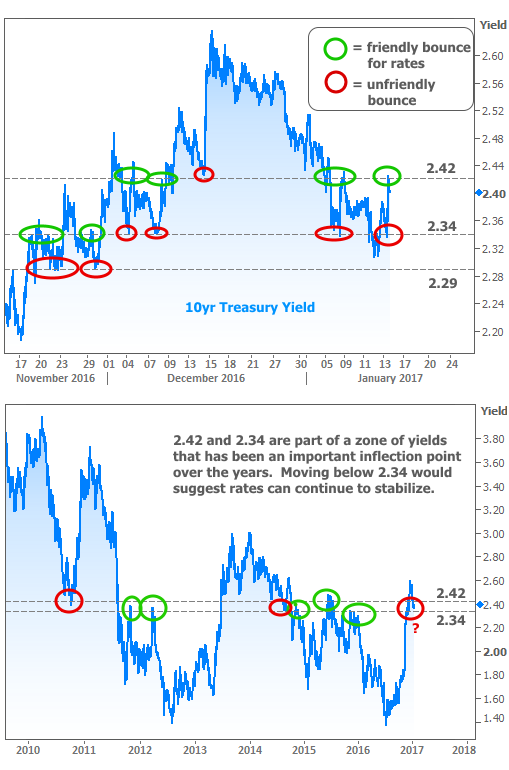