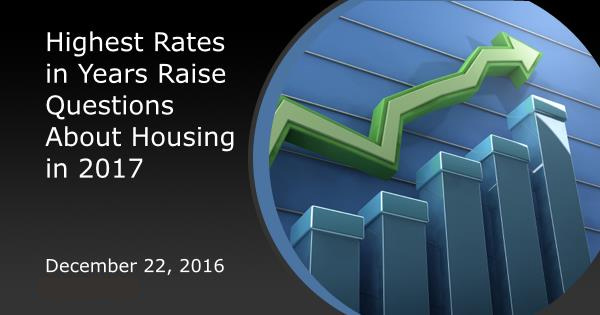 Highest Rates in Years Raise Questions About Housing in 2017

Just this week, Freddie Mac referred to 2016 as the best year for housing in a decade before going on to say that 2017 is up in the air. With rates having risen rapidly to the highest levels in more than 2 years, "up in the air" is an understatement.  In fact, forget housing...  2017 is up in the air across the board.

The apex of the financial crisis was the last time the political and economic climate of the country was so fraught with uncertainty.  Love him or hate him, market movement suggests high hopes for Trump's fiscal policies.  Whether or not those policies can possibly justify the growth and inflation suddenly predicted by financial markets will be the biggest story of the coming year.

If financial markets could actually be certain of a best-case scenario, rates would already be rising at the fastest pace in history.  As it stands, the rate spike is merely "one of the fastest" in history.  Reason being: the only certainty so far is that 2017's fiscal environment will generally be less friendly for bonds (read: higher rates) and more friendly for stocks.  Investors have responded to that certainty as you'd expect them to: 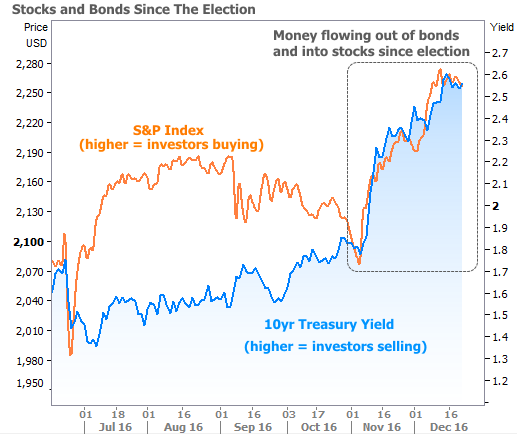 The quick, post-election reallocation between stocks and bonds now looks to have run its course.  At the very least, it's calming down heading into the end of the year.  The net effect for rates is similar to 2013, but with slightly lower outright levels.  (NOTE: 10yr Treasury yields are the favored benchmark for longer-term rates like mortgages.) 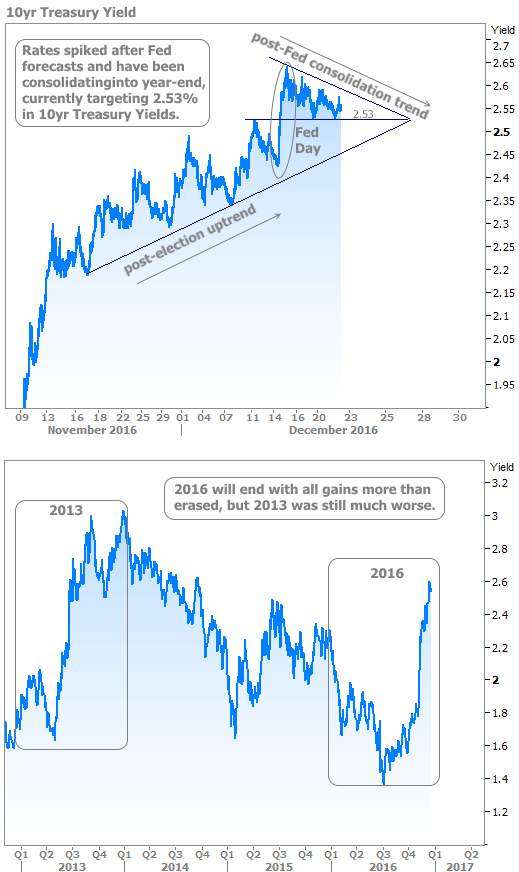 It will take a while for the effects of this rate spike to be widely understood.  Case in point, just this week, the nation's most widely-cited source of mortgage rate movement (Freddie Mac's Primary Mortgage Market Survey)  finally caught up to reality.  This isn't a knock on Freddie--simply evidence that it takes time for big developments on the front lines to be reflected in higher-level data. 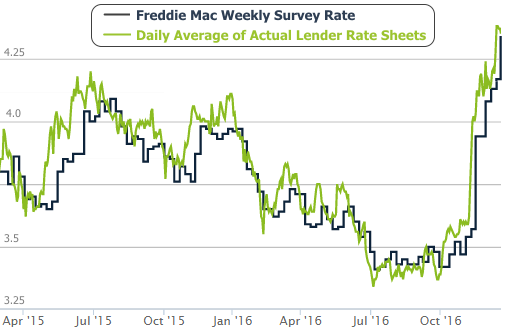 The scary thing is that Freddie's weekly rate survey is in an EARLY indicator compared to the housing data that will ultimately speak to the effects of rising rates.  For example, this week's Existing Home Sales data--which covered November--was unfazed, rising to the highest levels in nearly a decade. 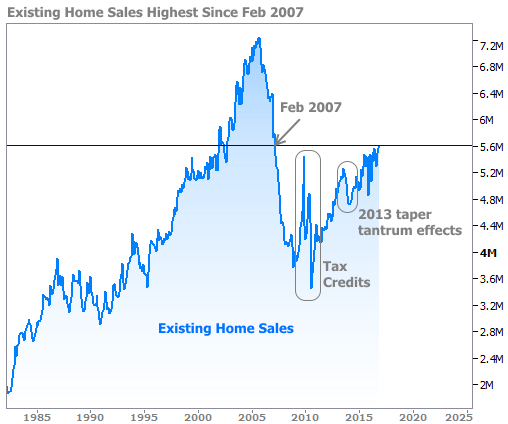 At the very least, it would be fair to expect some deterioration in housing based on 2013's example.  By the time we consider that sales were only ever higher during history's greatest housing bubble (not to mention more esoteric considerations like the maturity of the economic cycle or waning central bank stimulus), we'd be well within our right to wonder if things will be even worse this time around.

It's not all doom and gloom though.  Cases could be made that the current labor market leaves the average American in a better position to weather a storm of rising rates than they were in 2013. The point is that until we see how the higher-level data evolves in the coming months, uncertainty over the housing/mortgage  market outlook will be a major theme in 2017.