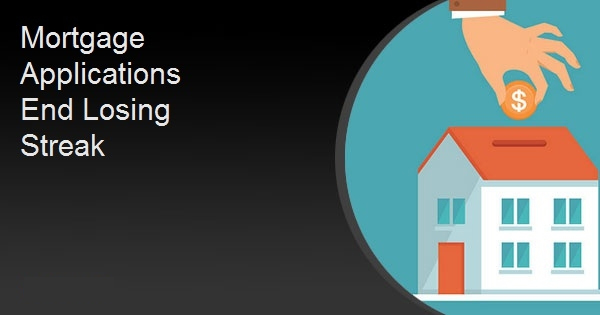 Mortgage application volume broke out of a six-week slump in a big way during the week ended April 16. The Mortgage Bankers Association said its Market Composite Index, a measure of that volume, jumped 8.6 percent on a seasonally adjusted basis and was 9 percent higher on an unadjusted basis. It was the first positive posting for the index since the week ended February 26 and only the fourth increase this year.

The Refinance Index rose by 10 percent from the previous week although it remained 23 percent lower than the same week in 2020. Refinance applications accounted for 60 percent of the total compared to 59.2 percent a week earlier.

The seasonally adjusted Purchase Index increased 6 percent before seasonal adjustment and 7 percent afterward. It was 57 percent above its level the same week in 2020.

"Mortgage rates dropped to their lowest levels in around two months, prompting a small resurgence in refinance activity after six weeks of declines. Borrowers acted on the decrease in rates for most loan types, with both conventional and government refinance applications showing gains," said Joel Kan, MBA's Associate Vice President of Economic and Industry Forecasting. "The spring housing market also saw a boost from lower rates, with purchase applications - driven by a jump in conventional applications - increasing over 5 percent. MBA expects the purchase market to remain strong, with the recovering job market and supportive demographics fueling housing demand in the months ahead."

Added Kan, "The average loan size for purchase applications increased after a few weeks of declines, as fewer homes available for sale make for a competitive buying market that is accelerating home-price growth."

The FHA share of applications increased to 11.3 percent from 10.8 percent the previous week and the VA share fell to 11.5 percent from 12.1 percent. The USDA share was unchanged at 0.4 percent.

The average contract interest rate for 30-year fixed-rate mortgages, loans with balances at or under the conforming limit of $548,250, was 3.20 percent with 0.36 point. The prior week the rate was 3.27 percent with 0.33 point. The effective rate declined to 3.30 percent.

Jumbo 30-year fixed-rate mortgages, loans with balances exceeding the conforming limit, had an average contract rate of 3.34 percent, down from 3.35 percent. Points ticked down to 0.29 from 0.34 and the effective rate was lower at 3.42 percent.

Fifteen-year fixed-rate mortgage rates declined to an average of 2.65 percent from 2.67 percent and points dipped to 0.41 from 0.44. The effective rate decreased to 2.75 percent.

The rate for 5/1 adjustable rate mortgages (ARMs) rose 6 basis points to 2.67 percent while points jumped to 0.52 from 0.37. The effective rate was 2.87 percent. Applications for ARMs accounted for 3.6 percent of the total, unchanged from the prior week.

MBA said its Forbearance and Call Volume Survey for the week ended April 11 showed a 16 basis point decline in the percentage of loans in forbearance programs to 4.66 percent. MBA estimates there are now 2.3 million homeowners in forbearance. By stage, 13.1 percent of total those loans are in their initial forbearance plan, 82.1 percent are in an extension and 4.8 percent are plan re-entries.

"The share of loans in forbearance decreased for the seventh straight week and has now dropped 40 basis points in the last two weeks. The forbearance share decreased for all three investor categories, with the rate for portfolio and PLS loans decreasing by 31 basis points this past week - the largest drop across investor categories," said Mike Fratantoni, MBA's Senior Vice President and Chief Economist. "Forbearance exits increased for portfolio and PLS loans but decreased for GSE and Ginnie Mae loans. More than 36 percent of borrowers in forbearance extensions have now exceeded the 12-month mark."

Fratantoni added, "Economic data on home construction and consumer spending in March show a strong housing market and a quickened pace of economic activity. Combined with the homeowner assistance and stimulus payments that many households are receiving, we expect that the forbearance numbers will continue to decline in the months ahead as more individuals regain employment. Homeowners who are still facing hardships and need to extend their forbearance term should contact their servicers."