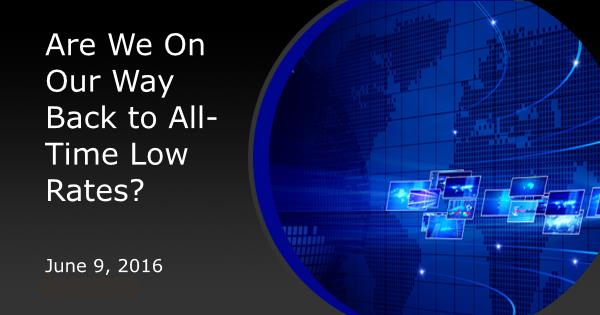 Are We On Our Way Back to All-Time Low Rates?

Despite recent strength in Stocks and oil, mortgage rates have surged back to 3-year lows.  Up until last week, we were at some risk of talking about rates moving in the other direction.

Fed rate hike expectations were causing the most pressure. Through a combination of several Fed speeches and the Fed's meeting minutes released on May 18th, it certainly seemed the Fed was campaigning for a rate hike in June or July.  In fact, 2 Fed speakers said as much the following week and said markets were now more in line with the Fed's thinking after a fairly abrupt move toward higher rates.

But rates didn't stay on the same page as the Fed for long.  This happened for 2 reasons.  First, Fed speakers increasingly mentioned the possibility of the UK voting to leave the EU as a major potential shock to the financial system.  Because that vote takes place a week AFTER the next Fed Announcement, the Fed said they might hesitate to hike rates.

The second reason--last week's dismal jobs report--drove the nail into June's rate hike coffin.  Now financial markets have to confirm that report was an anomaly before they can even begin to consider a rate hike in July.  As such, interest rates have taken this opportunity to move back to the lower end of 2016's range.

In the following chart, you can see the market's response to the Fed's mid-May rhetoric in the form of the spike in 2yr Treasury yields.  Meanwhile, 10yr Treasury yields (which are more correlated with mortgage rates) didn't freak out quite as much and thus remained in a better position to return to recent lows after last week's jobs report. 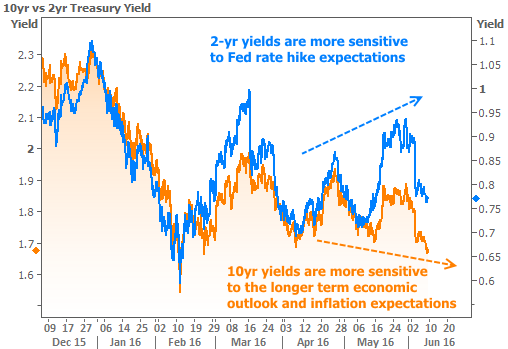 This notion of  interest rates (like 10yr yields and mortgage rates) marching to their own beat is an important  because they've been tuning out other music as well.  At the beginning of the year, stocks and oil prices were highly correlated with the drop in interest rates.  But now, rates have managed to remain low even though stocks and oil are clearly bouncing.  One of the best ways to understand why this might be happening is in the context of so-called "global growth concerns."

10yr German bond yields are a good proxy for both the "growth concerns" and the central bank stimulus effect.  They hit all-time lows this week, just a stone's through above 0%. 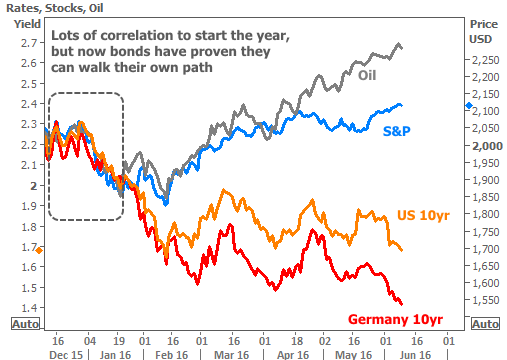 The bottom line is that the burden of proof is on the economy and inflation when it comes to making a case for higher rates.  Certainly, the Fed would like to be able to raise rates, but hurdles keep coming up.  If this continues, it won't be long before we see new all-time low mortgage rates--a fact that's interesting to consider in light of one piece of analysis this week.

CoreLogic's Chief Economist asked the same question that's been asked time and again over the past 30 years.  'Is refinancing dead?'

To be fair, there is always less refi demand than there otherwise would be when rates  at long-term lows, but there is an important piece of information in the data that could make the conclusion very different.  The "low rate" cohort in this analysis has mortgage rates of 3.5-4.5%.  The author concludes there's limited incentive for folks in that cohort to refi at current levels.

This is too wide a range for one grouping in this analysis.  Reason being: a homeowner with a 4.25-4.5% rate could find a lot of value in a 3.5-3.625% refinance with no lender closing costs today.  There is a large contingent of homeowners in the 4.125%-4.25% range who haven't quite seen enough of a drop .  If rates happen to move any lower, it would quickly begin making good sense for those homeowners to take a look at lowering their rate.

In other housing-related news, CoreLogic also noted the ongoing bull run in home prices, with the annual rate of appreciation staying above 6%. 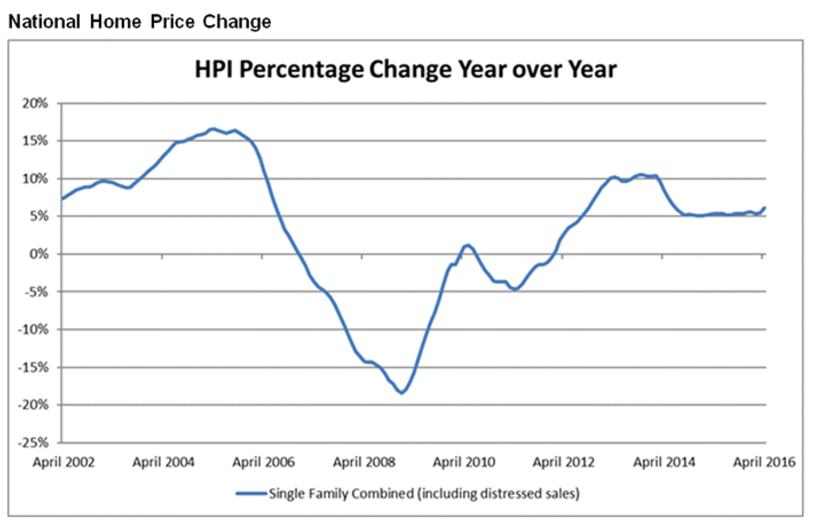