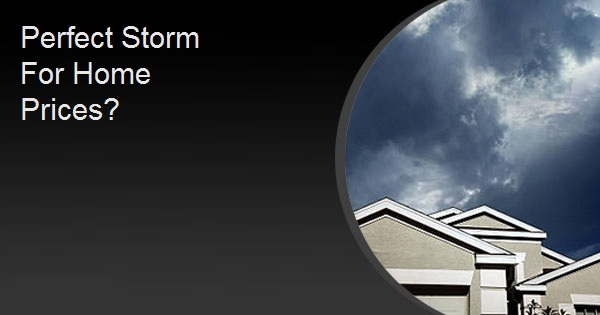 The growth of home prices nationally continued to accelerate in July according to the S&P CoreLogic Case-Shiller U.S. National Home Price NSA Index. The National Index, which covers all nine U.S. census divisions, rose 4.8 percent in July on an annual basis compared to a 4.3 percent year-over-year  gain in June. There was 0.8 percent appreciation month-over-month before seasonal adjustment and 0.4 percent afterward.

The report notes that data for March through June out of Wayne County, Michigan (Detroit), previously unavailable due to coronavirus related office closures is now online. However, there were not enough records for the month of July to generate a current valid index for the Detroit metro area.

CoreLogic Deputy Chief Economist Selma Hepp recapped the reasons behind the price gains. "The U.S. housing market has been caught up in a 'perfect storm' during the COVID-19 pandemic. Market resiliency persisted throughout the summer as traditional first-time buyers sought refuge in larger square footage and outdoor space, and buyers who had not been financially impacted by the pandemic sought second homes in resort, beach and mountain areas. Demand will likely keep home price growth strong over the coming months. And, continued price growth will help insulate homeowners' equity position, which will be particularly helpful to owners who have been financially impacted by the pandemic and opted for a forbearance program. Those homeowners may be able to sell a home without going through a short sale or a foreclosure." "Housing prices rose in July," says Craig J. Lazzara, Managing Director and Global Head of Index Investment Strategy at S&P Dow Jones Indices. "The National Composite Index gained 4.8 percent relative to its level a year ago, slightly ahead of June's 4.3 percent increase. The 10- and 20-City Composites (up 3.3 percent and 3.9 percent, respectively) also rose at an accelerating pace in July compared to June. The strength of the housing market was consistent nationally - all 19 cities for which we have July data rose, with 16 of them outpacing their June gains.

"In previous months, we've noted that a trend of accelerating increases in the National Composite Index began in August 2019. That trend was interrupted in May and June, as price gains decelerated modestly, but now may have resumed. Obviously more data will be required before we can say with confidence that any COVID-related deceleration is behind us.

"Phoenix's 9.2 percent increase topped the league table for July; this is the 14th consecutive month in which Phoenix home prices rose more than those of any other city. Seattle (7.0 percent), Charlotte (6.0 percent) and Tampa (5.9 percent) continue to occupy the next three places, but there was some growth even in the worst performing cities, Chicago (0.8 percent) and New York (1.3 percent). Prices were particularly strong in the Southeast and West regions, and comparatively weak in the Midwest and Northeast."