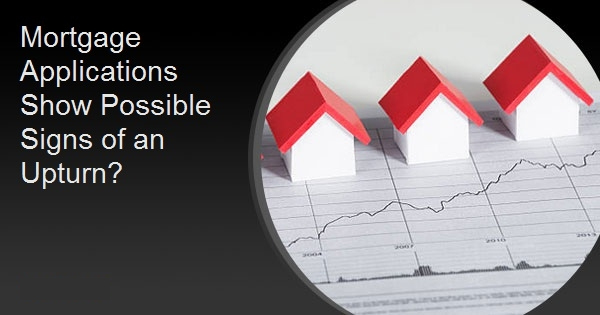 The Mortgage Bankers Association (MBA) reported a second strong week for purchase applications last week although refinancing continued to dominate the mortgage market. MBA's  Market Composite Index, a measure of application volume, was down 3.3 percent on a seasonally adjusted basis during the week ended April 24 and was 2 percent on an unadjusted basis, however, the adjusted and unadjusted Purchase Index rose 12 percent and 13 percent respectively from the prior week. Smaller increases (2.0 and 3.0 percent) during the week ended April 17 had ended a five-week string of declines. Purchasing was still down 20 percent from the same week in 2019.

The Refinance Index fell by 7 percent week-over-week but remained 218 percent higher than a year earlier. Refinance applications accounted for 71.6 percent of the total, down from 75.4 percent the previous week.

"The news in this week's release is that purchase applications, still recovering from a five-year low, increased 12 percent last week to the strongest level in almost a month. The ten largest states had increases in purchase activity, which is potentially a sign of the start of an upturn in the pandemic-delayed spring homebuying season, as coronavirus lockdown restrictions slowly ease in various markets," said Joel Kan, MBA's Associate Vice President of Economic and Industry Forecasting. "California and Washington continued to show increases in purchase activity, with New York seeing a significant gain after declines in five of the last six weeks."

Added Kan, "Contributing to the uptick in purchase applications was that mortgage rates fell to another record low in MBA's survey, with the 30-year fixed rate decreasing to 3.43 percent. However, refinance activity declined 7 percent, as rates for refinances likely remained higher than those for purchase loans. Lenders are still working through pipelines at capacity, and observed changes in credit availability for refinance loans have also in turn impacted rates."

Looking at the impact at the state level, here are results showing the non-seasonally adjusted, week over week percent change in the number of purchase applications from Washington, California, and New York:

The direction of interest rates, both contract and effective was mixed. The average contract rate for 30-year fixed-rate mortgages (FRM) with balances at or below the conforming limit of $510,400 decreased to 3.43 percent from 3.45 percent. Points rose to 0.34 from  0.29 and the effective rate declined.

The average contract rate for jumbo 30-year FRM, loans with balances exceeding the conforming limit, decreased to 3.72 percent with 0.33 point  from 3.81 percent with 0.34 point. The effective rate decreased from the prior week.

Thirty-year FRM backed by the FHA had an average rate of 3.39 percent, up from 3.33 percent the previous week. Points grew to 0.20 from 0.19 and the effective rate moved higher.

The average contract interest rate for 15-year FRM decreased to 2.98 percent from 3.03 percent with points decreasing to 0.28 from 0.33. The effective rate decreased from last week.

The rate for 5/1 adjustable rate mortgages (ARMs) was unchanged at 3.29 percent, with points increasing to 0 from -0.15. The effective rate was higher. The ARM share of activity was 2.9 percent, up from 2.8 percent a week earlier.

MBA's Weekly Mortgage Applications Survey been conducted since 1990 and covers over 75 percent of all U.S. retail residential applications Respondents include mortgage bankers, commercial banks, and thrifts.  The adjustable-rate mortgage (ARM) share of activity increased to 2.9 percent of total applications.