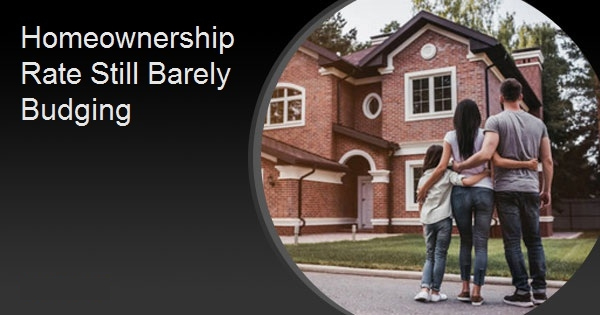 The homeownership rate among the youngest Americans, those under the age of 35, increased by 1.1-point year-over-year to 37.6 percent. The rate gained a fraction of a point among all other age groups except those 35 to 44 years of age. Their rate declined from 61.1 percent in the fourth quarter of 2018 to 60.4 percent.

The rate for Black households gained more than a point on an annual basis, growing to 44.0 percent. This is still nearly 30 points lower than for non-Hispanic white households and remains the lowest of any racial or ethnic group. The rate for self-identified Hispanic households also rose by just over a point to 48.1 percent while that for "all other" races was statistically unchanged at 55.7 percent.