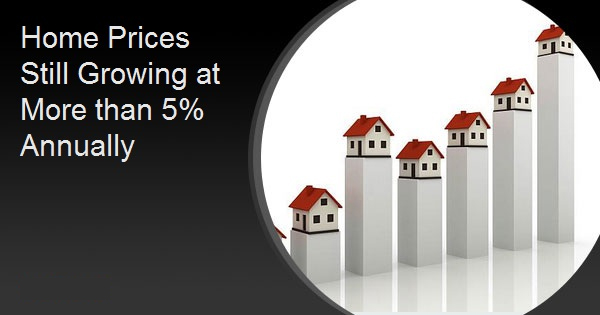 The annual rate of home price increases continued at a stable rate in November according to the Federal Housing Finance Agency (FHFA), however there are indications of some acceleration on a shorter-term basis. The FHFA's Housing Price Index (HPI) rose 4.9 percent compared to November of 2018. The annual increase in October was 5.0 percent.

On a monthly basis prices rose 0.2 percent from October; however, the 0.2 percent increase originally reported for that month was boosted to 0.4 percent. It was the second month in a row that FHFA has revised the prior month's number higher. For the nine census divisions, seasonally adjusted monthly house price changes from October 2019 to November 2019 ranged from an 0.1 percent decrease in the Mountain division to an 0.8 percent gain in the East North Central division. All nine divisions posted annual increases ranging from 3.8 percent in New England and the West South Central divisions to 6.3 percent in the Mountain division. FHFA reports prices based on purchase mortgages acquired by the GSEs Fannie Mae and Freddie Mac. The HPI was benchmarked to 100 in January 1991. The November 2019 reading was 281.2.