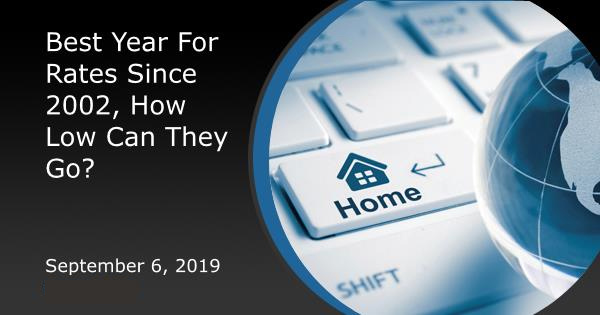 Mortgage rates are on a tear.  As of this week, 2019 is now the best year in more than a decade in terms of the peak-to-trough move.  But there's a catch: 2019 isn't over yet, and there's always a risk that rates move higher between now and the end of the year.

So, will they (move higher)?

There are plenty of opinions on the future direction of rates, but there are NEVER any guarantees.  All we can do is examine the available data and precedent in an attempt to understand what's possible.

Things that build a case for lower rates 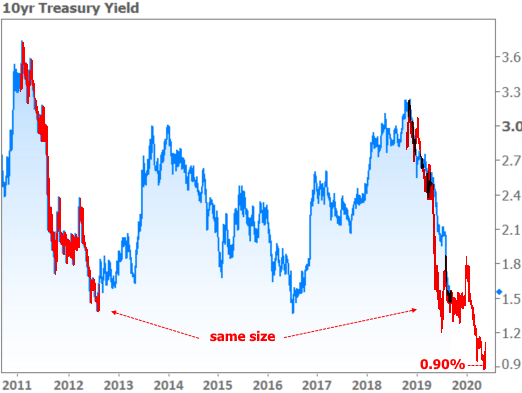 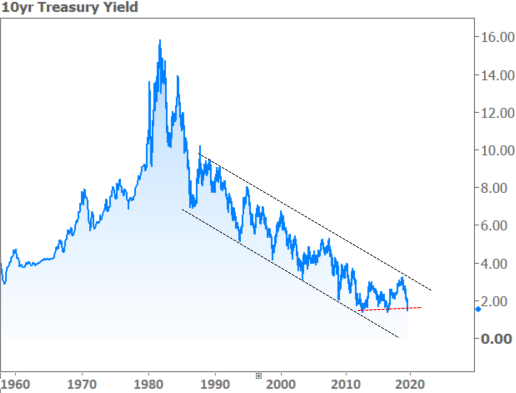 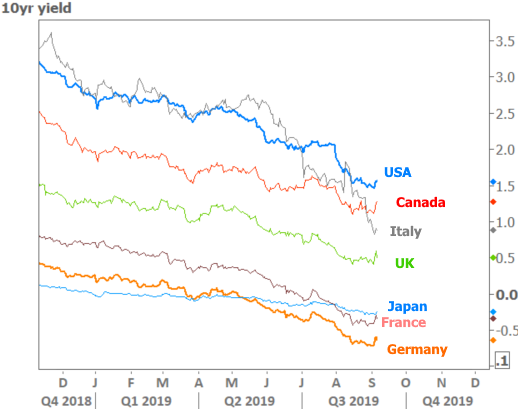 Things that build a case for HIGHER rates

In terms of this week's underlying market movers, we saw a fairly even split between trade-related updates and US economic data.  The following chart breaks down the 3 most noticeable reactions in Treasuries.  The first was a report citing China's commerce minister saying that trade negotiations were set to resume in October.  The biggest single uptick in bond yields followed Thursday's exceptionally strong ISM Non-Manufacturing report.  But bonds were able to recover a bit on Friday after the Jobs report missed expectations. 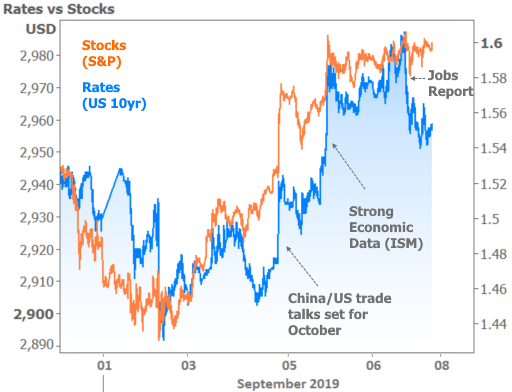 To be fair to the bond market and the jobs report, it was really only the outright job tally that was weaker than expected.  The unemployment rate held at 3.7% despite more workers entering the labor force, and average hourly earnings beat forecasts on a monthly and annual basis.  All told, if bond traders were determined to trade rates higher, this report wouldn't have prohibited that.  So the fact that rates recovered a bit is somewhat reassuring.

The other way to look at the point above would be to say that bonds have now pivoted above the high yields seen at the end of August and refused to break back below those levels after Friday's jobs report.  In other words, perhaps the ceiling is once again becoming a floor... 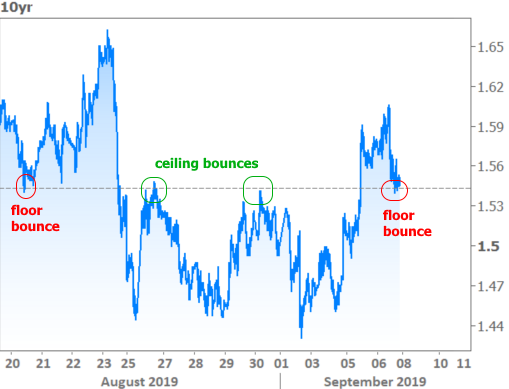 Ultimately though, unless next week brings a high-conviction move, we're likely waiting for the mid-September Fed announcement before we get a clearer idea about the next phase of momentum in rates.  For now, anyway, mortgage rates have greatly enjoyed a bit of sideways weakness in Treasuries.  Up until the past week and a half, they couldn't keep up.  Now they're closing the gap! 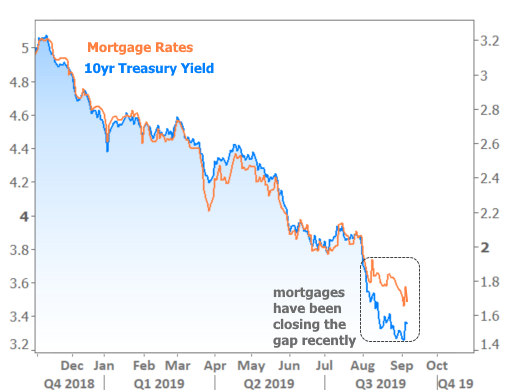