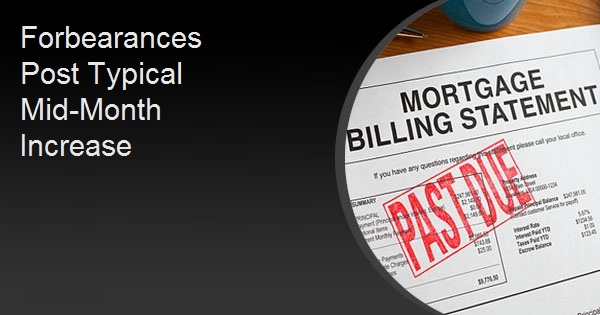 Black Knight reports a second increase in the number of loans in pandemic related forbearance plans in as many weeks. Forborne loans rose by 21,000 during the week ended February 23 after falling below 2.7 million for the first time since last April earlier this month. The company said such mid-month increases have been typical in recent months. At of the end of the reporting period there were 2.7 million homeowners in active plans, 5.1 percent of those with a mortgage, and representing an aggregate unpaid balance of $537 billion.

The largest increase in active plans was among those serviced for bank portfolios and private label securities (PLS) which grew by 16,000 loans or 2.4 percent growth. The number of VA an FHA loans in forbearance rose by 7,000 or 0.6 percent. The combined Fannie Mae and Freddie Mac (the GSEs) portfolios posted the only declines, with 2,000 fewer loans.

Even though there was an uptick in the number of plans over the past week, the monthly rate of improvement was 2.0 percent. This is consistent with the declines for such periods since early December.

The company says around 160,000 forbearance plans are set to hit scheduled expiration points at the end of this month.