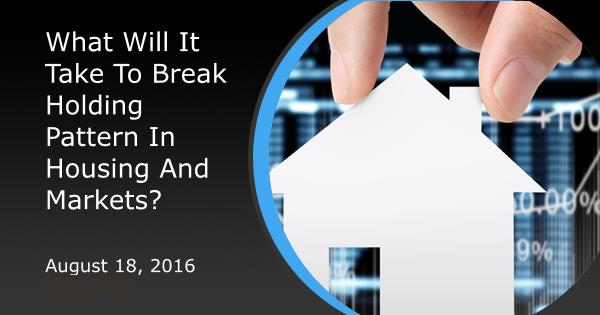 What Will It Take To Break Holding Pattern In Housing And Markets?

Two separate holding patterns were in focus this week--one in housing-related economic data, and the other in broader financial markets. One of these holding patterns stands a good chance of being broken next week. The other is anyone's guess.

The holding pattern in financial markets was precipitated by the UK's vote to leave the European Union (Brexit) in late June.  Brexit, itself, did not force financial markets to get locked in a tight trading range.  Rather, it sent markets on a relatively wild ride.  It's in the aftermath of that wild ride that we see markets wondering which way to go next. 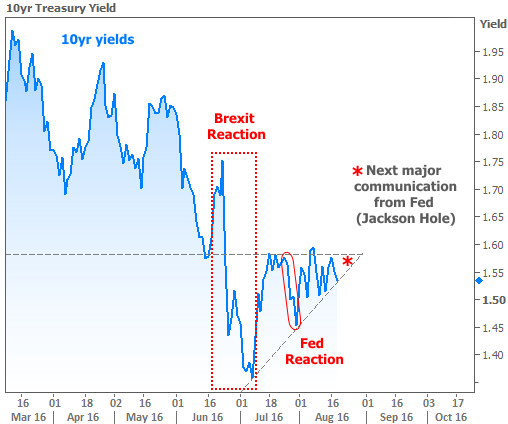 Then, this week's release of the Fed "Minutes" (more detailed notes from the meeting that resulted in the "Fed Reaction" above) couldn't even cause enough movement to earn a place on the chart.  Instead, it will take something more potent.

The best candidate for such a potent event is next week's Jackson Hole Symposium, generally regarded as a venue for the Fed to offer a slightly more candid overview of where monetary policy is headed.  With markets currently seeing nearly a 50 percent chance of a rate hike by December, hopes are high that Yellen's speech next Friday will add clarity to the debate.

Even if Yellen doesn't inspire markets for better or worse, interest rates will have run out of room to be indecisive and must choose a path soon.  Historically, such breakouts often mark the start of a new wave of momentum.

Housing-related economic data isn't quite so lucky when it comes to having its holding pattern forcibly ended.  Two separate reports reiterated the "decent but stagnant" level of growth in construction.

The National Association of Homebuilders released its Housing Market Index.  This measure of builder confidence has been stuck in the same range since December and is currently being weighed down by the component that measures buyer traffic. 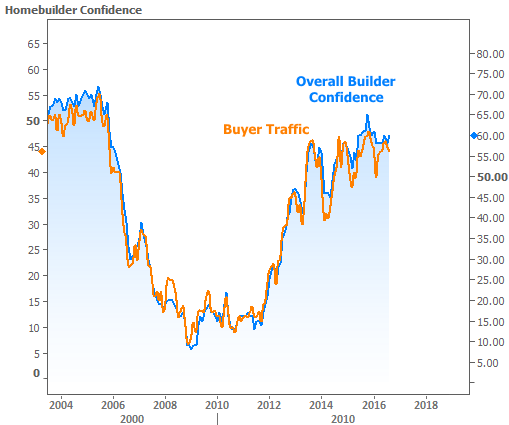 In separate data, Housing Starts and Building Permits also continue to struggle breaking their last major high from the middle of 2015. 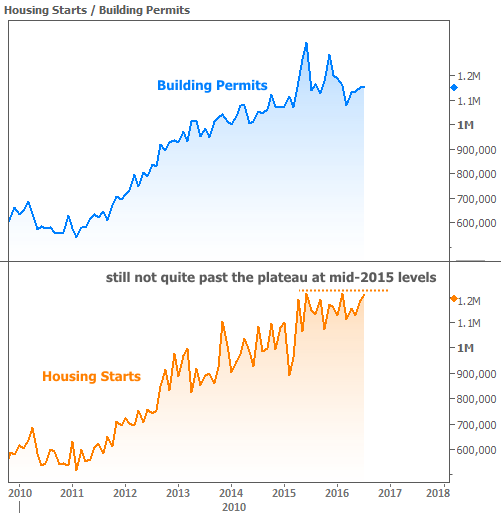 The data isn't all stagnant when it comes to housing, however.  In particular, both Freddie Mac and CoreLogic released updated predictions for originations in 2016.  Both see significant increases in loan volume thanks to historically low interest rates.  Unsurprisingly, a majority of that volume is attributable to refinance demand, although purchase loans have increased as well.